4) The Islamic terrorists are in many places deeply divided ideologically, institutionally and strategically. Though the rivals bands could occasionally offer between them support, refuge, information or supplies. The real reasons are that the chiefs of principal bands want to be always «emirs or sheikhs and interpreters of the Islam” in his place, his region, his province… The Gaza strip is dominated for years by Hamas, a radical fundamentalist Palestinian sunni group, in direct and violent rivalry with the Palestinian government of al-Fatah in the West Bank of the Jordan. In Gaza, two branches of al-Qaeda organizations, Ansar al-Sunna and Ansar al-Islam, both derisory groups, also violently face Hamas for increasing their influence on the inhabitants. The Pakistani Taliban, principally the group Tehkrit e-Taliban Pakistan and the independenct Cachemirs, realize from time to time attempts against the shii minority of the country. In Iraq, the ISIS uses to attack the shiis that come in peregrination from the country and Iran to the annual acts of this religion in his sacred places of Samarra, Nayaf and Kherbala. And the discrepancies and, still, the offenses between both branches of the Islam, have made come again the violent conflicts in Iraq. Where, already in 1919, Arnold Wilson, the civil British administrator in Baghdad, was declaring that «the union of the mentioned ex-Turkish provinces (Baghdad, Basora and Mosul) to form a nation, was a recipe for the disaster. Because it was implying that it would bind three ethnic-religious very different groups to work together, being known well that they mutually hate”.

5) And the Delirium Tremens of their ideological action. Some of the craziest Islamic guerrillas were the Algerians in the 90s. Without not being at least studious of the Islam and with very earthly interests, they were excommunicated (of the Umma) some groups to others. The takfir or anathema stems from kfur or ungodliness. This directly relates to the religious and moral chaos or jahiliyya, previous to the Islam in Arabia. For it, is declared impious someone who is or tries to be a Muslim. And is exiled, at least morally, of the Umma. 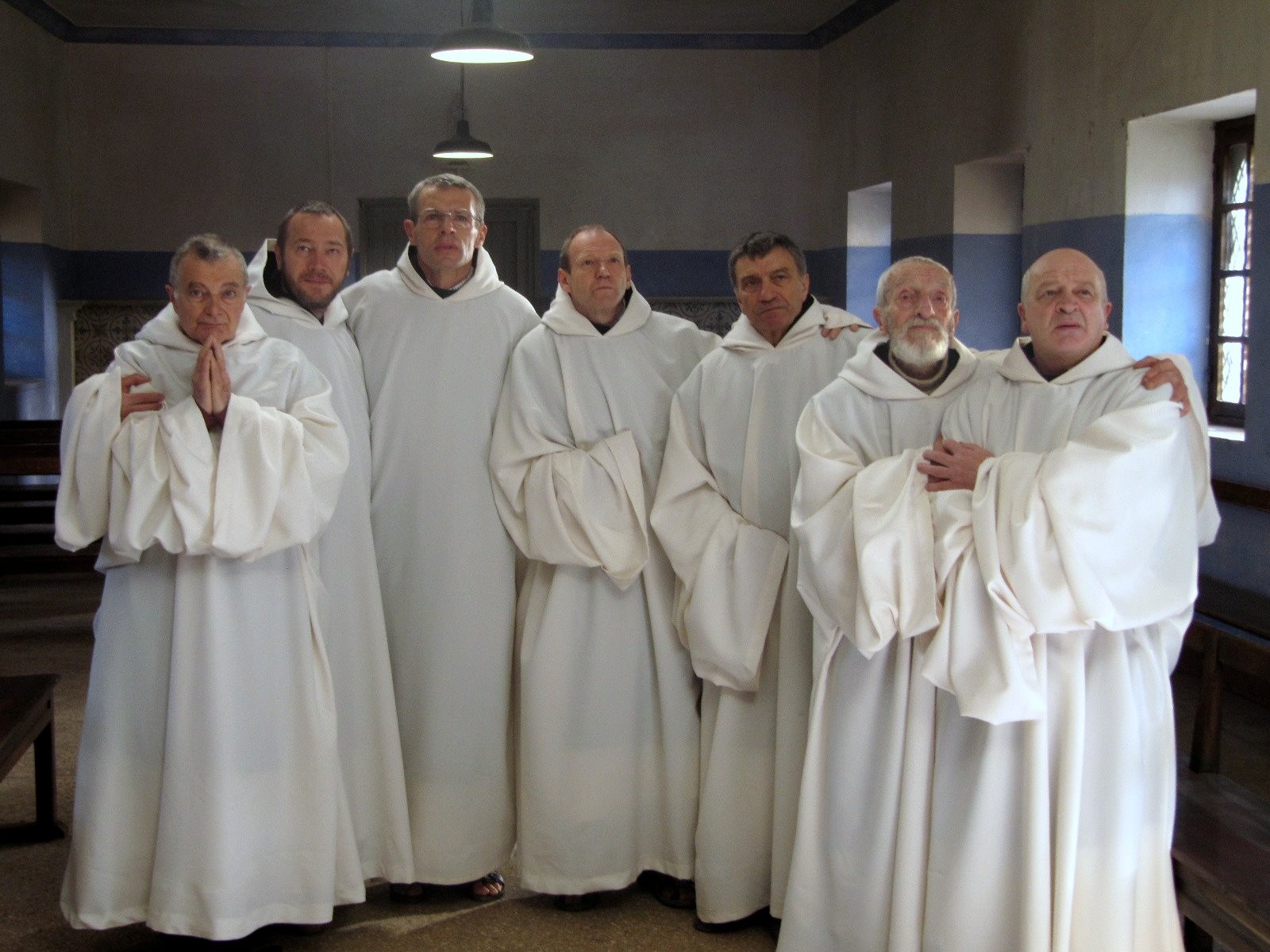 6) They have a great operational decentralization. They obtain this partly by the universality of the Umma. That comes out and overcomes the idea of nation or race. And gives them the «assabiya» or personal identity and groupal belonging, by means of a totalizator religion. But that also prevents them from obtaining strategic consistent aims. Though his punctual actions are important, odious, painful, fearsome. And they are so by the brutality, the abandonment, the mutilation and the blood effusion that their victims suffer. That assume and are afraid for all the persons that feel threatened (the impact is subjective). And not by the scantiest probability that exists of suffering them. This is pure terrorism for its intentions, means and implications.

His irregular effective and transcendent action might begin with mobile actions of general harassment in the enemy rear, using the bands sufficiently establised in a territory. Seeking for the wear and demoralization of the enemy forces, his whole dispersion looking for protection and to paralyze them in the more or less static defense of the threatened territory.

7) The strategic communications of the bands are precarious or absent, insufficient, careless and vulnerable within the jihadists groups. And everything is due to his constitution in spread, confused and diffuse networks, that characterizes them. And it is not a question of the messages or alerts, that always can be sent and received, with only tactical transcendency. And it is not a consequence of the alternation of the deployments and concentrations in the military actions.

Those communications are: With the bases, for his rest, refuge, reorganization, indoctrination, information, logistic support and the indispensable protection against the sterile and exhausting «wandering». With the related or associate bands, for the general support, the information and his operational concentration for the different tasks. With the people, for his rest, temporary refuge, support and different means, information and the ideological religious action, to facilitate the later necessary territorial and human extension.

8) One of his strategic aims is to strike any government, of any origin and society, so as which the «possible aims» are attainable to them. Since the expansionist and aggressive Caliphate of dar el-Islam of the beginnings of the sunni Caliphate, does not exist today and they can not integrate in it for its “defense”.

9) They have a deep-rooted, sharpened and consistent zeal to do advertising of his successful actions. With that the West collaborates insensitively and liking of extending and defending the free information. Achieving with all this the magnificence and exaltation of a painful and unconnected results. That offer to them a social and religious protagonism very superior to the operational transcendency of them. This is not any more than the extension of the terror and his political and ideological consequences. By means of the «waves of commotion» that transmit without filter our modern communications to all the peoples, specially to us the Europeans. THE JIHAD PROPAGANDA IN EUROPE…

10) But, all the positions and the psychological and ideological attitudes are also objectives to defend and to conquer by West, in this low intensity warfare for the expanse of a radical, out-of-date, exclusive and imposed dominion.

Than all this can be got is demonstrated by the actual precariousness and going back of the ISSI.

PENTAGON IS FORCING ISIS TO MOVE BACK IN SYRIA…

In Irak, its militar and social situation is of clear moving back up to Mosul. Wich is very difficult to liberate. Because it will be an urban fighting against a prepared, fortified and in deep defense manned by motivated and decided irregular fighters. 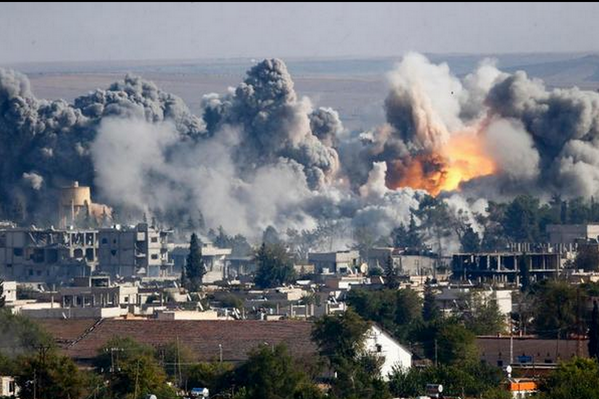 Keeping a similar strategy in Syria and Iraq by the ISSI for the creation of his radical salifist independent caliphate has several important mistakes. One is to simultaneously fight in two countries with different strategic approaching. Other is to divide their meagres really trained operational forces in two fronts. In Syria, the valid strategic for the heterogeneous, multiple and divided opposition to al-Assad, is to support, at least, the unit in the military strategy. This way, all the military efforts could converge in different, simultaneous or successive, objectives, that decides a military high command, respected by all the present and active groups in Syria. Already we have seen how al-Assad amounts means and efforts to his cause. These are the trained “militias” of Hezbola; the Brigades al-Quds (Jerusalem) of the Republican Guard (Pasdaran) of Iran, under the command of the general Qassem Suleimani; the Russian Naval and Air Forces and her ground units of defense the installations; armament, equipments and ammunitions reinstatement; political diplomatic support from Iraq, Iran and Russia. This is allowing him to beat in diverse combats the opposition groups and to expel them from positions that were occupying, some during enough time. Not observance of this strategy, of pure survival, would lead the opposition to his progressive destruction by the SNA. 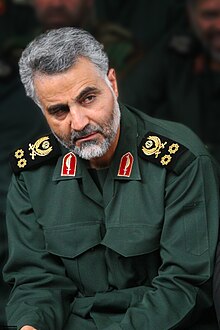 The «solitary wolves» and the freedom of unlimited expression in West.

The solitary wolves suicidal terrorists arise for the conjunction of several deficiencies, miseries and human ideologies. Almost all they are young persons full of idealism (sacrifice for his familiar and social group and searching of a promising future) and of vital interests, which are in full boiling of fulfillments. His social and cultural situation is usually deficient and vague. They suffer a real and/or praised by the imagination marginalization. Almost all of us, position to it, can use a heap of insufficiencies or personal and collective, psychological and material, not solve lacks. And, since the others do not solve us, to say that we are excluded from the society, is a cozy flight from the reality. And an intimate and real doubting of our own capacities (this, they will never accept it), to blame the others for our misfortunes.

In addition, the search for the lacks would always lead us to be bogged down in yearning and obtaining the omnipresent and inextinguishable «desires». And this «negative search» can prevent us from to do the utmost in going out forward, having attainable and progressive goals, to interiorly and externally develop as persons and to estimate the “neighbors” with loyalty and confidence. With what we will overcome those «lacks», with the orientation, the intention and the effort that we give to our ideas and accomplishments. A KNOWN BRITISH INSTIGATOR OF THE LONE ATTACKS

In that germinal and manure land can easily sow the slanted ideas of a religious attainable, vindictive interpretation, that offers a purpose and a Mission in the life. And that rewards his «mujahidins» fallen in combat, specially the martyrs or witnesses, with a sensitive, clear, sure, showy (this quality of pure vanity is very attractive) and comfortable (it is not necessary to dedicate to it a life of effort, selflessness and renunciation) prize. The jihadists organizations usually facilitate substantial prizes to the families of his «martyrs». With what these also have insured the relative well-being of their most direct family in enough time. The result is that the «losers», «rooted out», «offended», «without empathy towards the neighbor», do not find it hard to take the decision to turn into a martyr of the Jihad. And the case is that the spreading, the explanation and the impregnation, which Lorenz would say, of those poisonous and addictive ideas, are realized with the major facility in our modern societies.