Being afraid of an imperialistic aggression, the authorities of the Party of the Workers of North Korea (or Choson Rodongdang) and of his Armed Forces (or Inmun Gun), can perceive as the only escape from his chronic evils, to undertake a «revolutionary war of national unification«. What possibilities are of this happens? We examine afterwards the parameters of the «North Korean problem» and his “ways of develpoment» of his conflicts.

On June 25, 1950, Kim il Sung’s North Korean troops invaded South Korea, with Stalin’s approval, to realize by the force the reunification of the peninsula of Korea. That was divided in two countries with faced ideological regimes from the end of the World War II. The United States surprised in the first moment, came rapidly to help the South Koreans. The support of the People’s Republic of China, which sent trained forces in his recent civil war, and the military systems and equipments delivered by the USSR to the communists, allowed to reach a stalemate without victors by 1953. In July of this year, a truce was signed in Panmunjong, that not an end of the war. And the 38º north parallel was established as the border between both nations. A blood river of was spilt by all the actors only to keep the prewar situation. 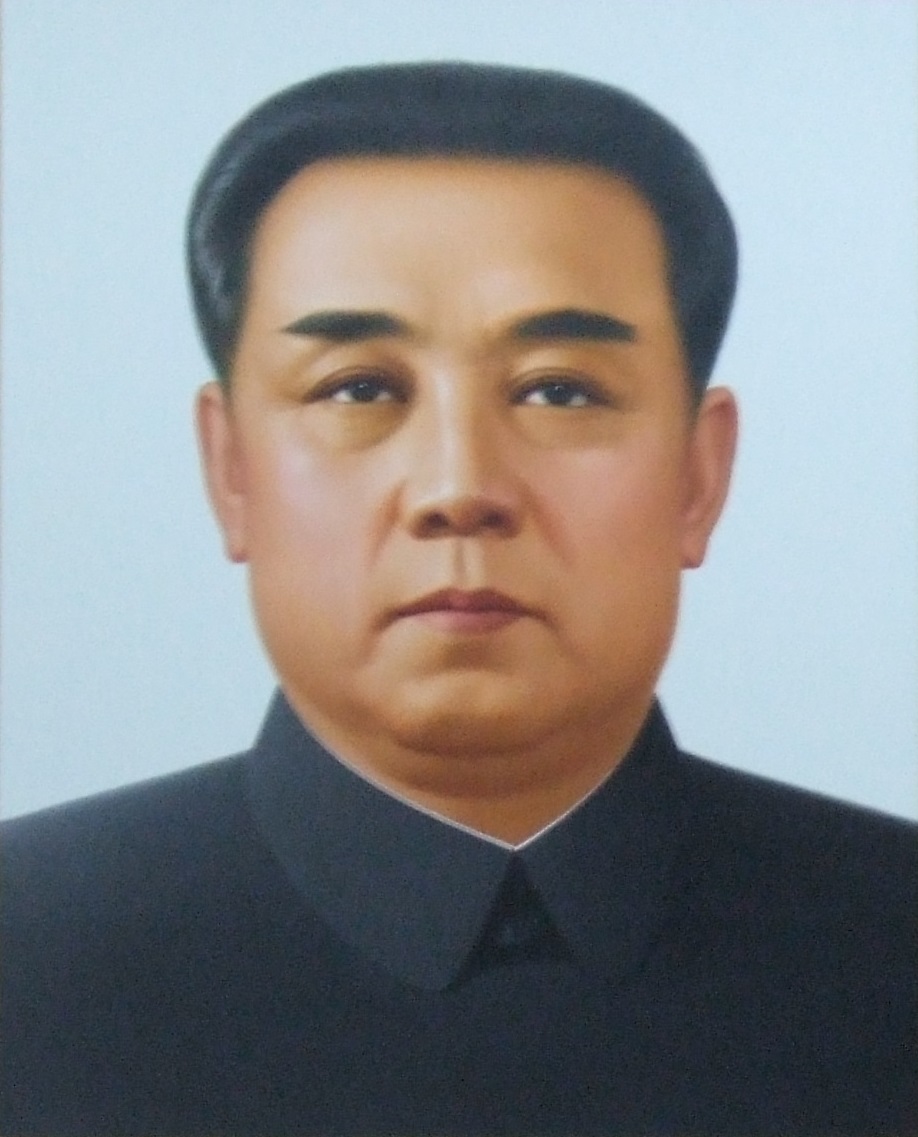 KIM IL SUNG, THE FOUNDER OF THE DYNASTY.

To celebrate on Saturday, the 15th of April, the 105 º anniversary of the birth of il Sung, the «Father of the Mother land», Kim Jong-un prepared a great cake. That was luminous, shining, with his 105 «rockets candles» ignited. Jong-un does not want to be unworthy in anything to his dynasty and is playing like thunderer Jupiter, threatening with his atomic weapon and ballistic missiles of the first generation. With them he would have to face unfavorably and without possibilities of victory the modern combined weapon systems of the United States. It might damage very much South Korea. But it would not give him the victory and would affect all the Koreans.

The ideology and his Practice in North Korea.

To foresee the seemingly capricious and erratic behavior of the North Korean elites, it is necessary to know the ideological and psychological parameters of such catechized, closed and organized into a hierarchy society. And these parameters stem from the Marxist Leninist postulates. According to the interpretation and the applications realized during the Stalinist regime in the USSR. Finally, the most mellow communist ideology put in scene by the North Koreans, leads them to the use of expressions and linguistic turns, unusual and inexplicable, according to our forms of expression and formation of the thought.

The North Korean direction aspires to the absolute unit of his strategies, his doctrine, his organization and his plans. In the North Korean terminology, the “Monolithism” represents a social politician structure as the granite, with absolute internal homogeneity and external unity of action. A «Structure» lacking fissures, across which the enemy could penetrate and damage it. There does not exist a significant or radical distinction between the peace and the war in the national North Korean strategy. Both are «phases» of the national politics, with different participations of the Inmun Gun. This is the Korean name in of the Armed Forces of North Korea. This way, the political, economic and military strategies are ways of the total North Korean strategy.

The leaders of North Korea consider, deriving it from the Soviet Stalinist strategy, that the North Korean strategy possesses an orientation and a style of exposition and formation for his plans and decisions. His foundation is the «supposedly sensible and scientific» calculation of the «correlation of forces» between the North Koreans and his enemies. This forces relation or ratio is a deliberate and calculated check of the potential relative capacities between both rivals, for the different conflict situations.

The North Koreans prefer obtaining his aims by pacific means. But the determinism of the dialectical materialism leads them to believe that the wars are inevitable, while the social classes, the existing oppressions between them and the imperialistic countries. Or, since in the last 65 years, they are surrounded with capitalist States, subject to the successive phases of growth and decadence in his economic cycles. The North Korean elites, with his special and distinctive psychology as mental vital substratum and with their ideology and the whole resounding paraphernalia where it expresses, do not wonder if they will have or not an external conflict. But, what kinds of conflict is it more profitable for us to destroy the enemy? And, in addition, who can triumph over whom in every case?

And they consider that, in agreement with the premises and the development of the dialectical materialism, that the successive clashes of the social antagonic oposites (those who are incompatible and/or not complementary). That are arising progressively and successively, as the historical materialism describes, finally will give them the reason. And they will obtain the victory over the stupid and decadent Yankee and Japanese imperialisms. To facilitate the things and as shallow and pale approximation, we can say that the historical materialism is as a Marxist description of the events or general History and that the dialectical one is as a scientific theory of the creation, development and solution of the social conflicts (that are all).

We believe that the nuclear weapon is not more than a North Korean bet for covering all the «fissures», before a hypothetical imperialistic threat (of the hostile foreigners) against his regime.

Exposition and Development of the Situation.

Several are the reasons that dissuade the North Koreans from the preventive or initial use of a military assault.

The first in practice is the nearness of China, his principal support and mentor, that embraces the whole north border of the country. Though China does not be affected directly by the scanty atomic fires that cross the Korean peninsula, the radioactive clouds can reach his territory. And to damage his industrial factories and his external and internal sales, so much if pollutions take place, as if are rumors on them. Also China, as the only ground border, would receive a chaotic and important flow of Korean refugees.

China is today a state controled democracy of manufacturers and merchants. China has a modern dictatorial political system (of an only party); that is controlled and directed by an elite that supposes 10% of his population. China is one of the principal world economies: it has around 4$ trillions (million of millions) in American debt, with what he finances his principal world importer. The Chinese middle class is increasing, prosperous and forceful and is overwhelming affiliated to the Chinese Communist party. Very expressively, these elites of any economic system, also add up 135 million Chinese, around 10% of his population. There are not far ago the times of the cannibalism and of the successive famines and penuries in the lands of the Middle Kingdom. But, already many Chinese have known and enjoyed the innumerable goods that the modern capitalism and the industrial system produce. And, though their distribution between the population classes and the exports is yet very asymmetric and deficient, the Chinese do not want to risk getting lost them. And let’s remember that, in spite of the proliferation of the atomic and thermonuclear weapon during the 40 years of the cold war, no country of the so called Socialists or Popular democracies used them ever.

A psychological basic reason is that the Leninist Marxists look for the paradise in this Earth. That only will bring them a society without classes and without oppressive State, at the end of the times. After many, many, many generations of the «new man». Mao Ze Dong calculated that «there would be necessary more than ninety». «Long you entrust me it, Sancho». And if they lose this survival opportunity by a devastating war, they get totally bemused. And they are kidding themselves.

To any normal or delirious, even primitive religion, has never guessed to offer the paradise here. There are two cases in which the nuclear weapon can be used without ideological obstacles or preventions. The islamist jihadists offer the Paradise to the martyrs of the Yihad. With which they give the security to his believers in the future and solve their problems in this » tears valley». The Israelites consider themselves to be the people chosen by Jehova. And this has not changed opened and directly by Him. For them, the Christianity is a religious diversion, a blasphemous schism. They have the security of Jehova’s promises to Abraham, to Jacob and to Moses. In this exclusivity of the God’s favors, is based his void proselytizing interest. This way, it is not important for them to face a nuclear holocaust. If the existence of his nation, always threatened by his anxious and not democratic neighbors, meets irreversibly threatened. For example, losing a conventional war against the always surronding Muslims.

THEY FAIL TOO MUCH…

A total war with crossing of nuclear volleys with the enemy, would be hiper asymmetric against the elites of North Korea. That would lose everything what they possess and wish: the life, the exercise of the almost all-embracing power and a top living standard, in quality and variety, to that of their compatriots. Of future life, nothing. Therefore, it would go against the natural existing drives in all the men to tackle it in these lamentable conditions and with these apocalyptic perspectives. This one should be the principal reason to remove the adventurous deviationist, initiating this war, from the leaders of North Korea. So, largely, the Initiative, at his level and perspective, would continue in hands of the Maximum Leader of the Revolution of the United Workers and Peasants. The «Dearest Fatty» and his National Defense Council.

Orography of the conventional ground Conflict.

Korea is a mountainous peninsula. A central mountain chain crosses it from north to south, with its maximum heights overcoming 2000 ms. And forming, specially in the north, numerous and narrow valleys. These are orientated principally from north or northeast to southwest. The plains spread in the west of the peninsula, up to the coasts of the Yellow Sea. North Korea, therefore, does not present many favorable areas for the maneuvers of the mechanized forces. These can be easily canalized by broken areas and with short or half sight domain.

The natural obstacles can be reinforced by abatis, vertical cuts, numerous and small minefields, etc. They are natural areas for the employment of the antitank rejection, based on the hollow load missiles with varied effective shooting distances, got ready with a defense at charge of light infantry units. In support, a well protected and camouflaged artillery, with the enemy approximation avenues and the important or singular points of the area registered before. The flanks of the defense positions can rest on the compartments of the area that form the heights lines.