The Origins and Youth of the Prophet.

Mohammad was born in Mecca in 570 A.D., or, in the year 52 before the Hegira, in the family of the Ben Hachim, of the Quraich tribe. This was the tribe most distinguished in the zone, though without many economic resources. Some of his members were the guardians of the Kaaba or the God’s house, constructed by Abraham and his son Ismael, had with his slave Agar, on order of the same God. And in her was guarded the Black Stone.

The Black Stone is an object of worship by the Muslims. It has a diameter of 30 cm. (a foot) and is placed in the east side of the Kaaba, at a height of 1,5 ms. The Arabic tradition says that it dates back to the times of Adam and Eve and is considered to be a stone from the Paradise. Also it says that when it descended from the sky it was white, and that the sins of the men turned it negress little by little. Mohammad kissed it repeatedly when he occupied in Mecca the 630 and in his last peregrination from Medina al-Nabi in 632. It was the only object of worship accepted by the Muslims, coexistent together with the idols in the Kaaba during the jahiliya or the epoch of the chaos and idolatry previous to the revealed Islam. 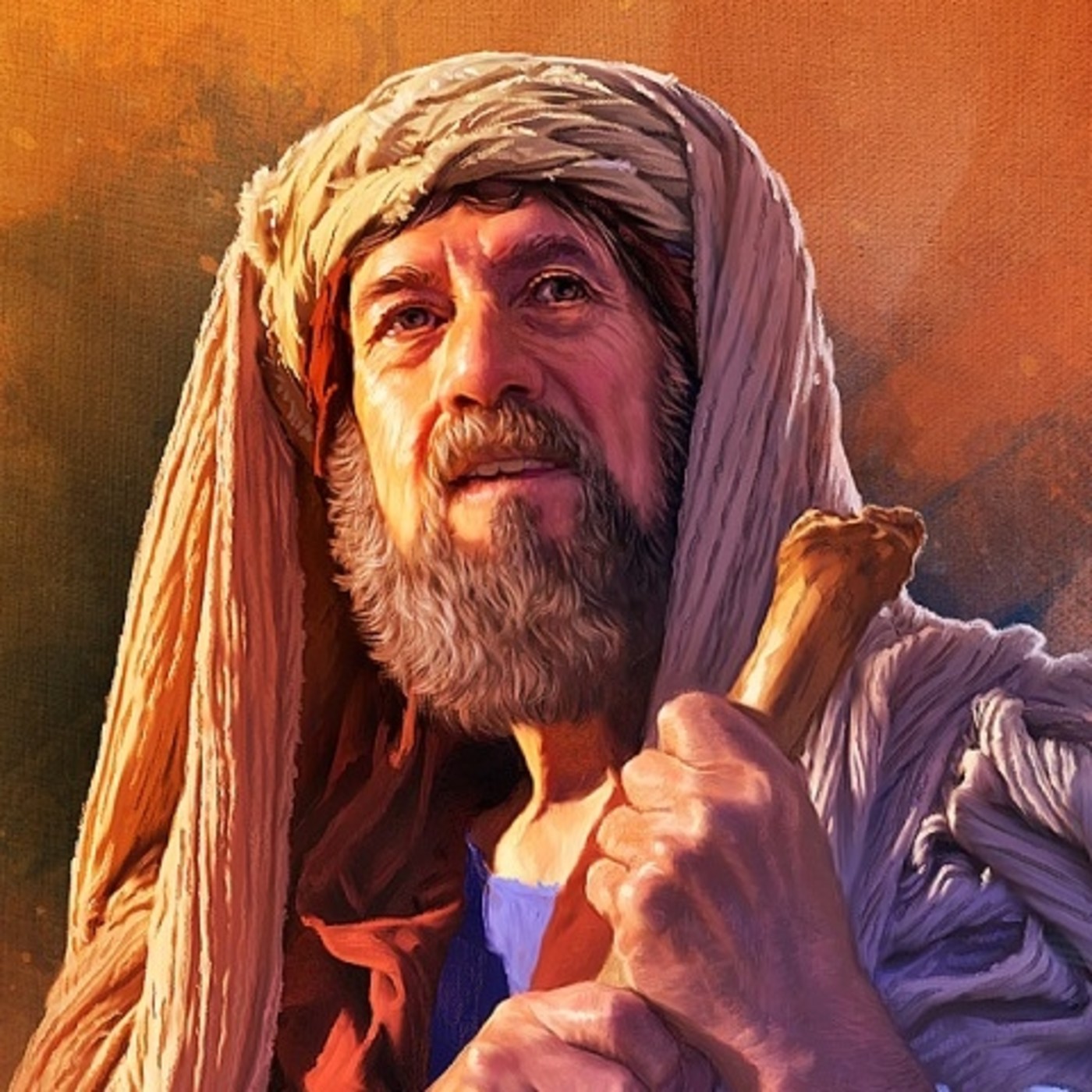 ABRAHAM, FATHER OF ALL THE BELIEVERS IN A UNIQUE GOD, ALMIGHTY AND MERCIFUL WITH ALL HIS CREATURES.

Mohammad was born orphan of father and, with five years, lost his mother. Four years later, his grandfather died. So, having only 9 years, his uncle Abu Taleb, father of Ali took charge of him. Ali would marry later the major and favorite daughter of the Prophet, Fatima, daughter of Jadiya. And of this marriage would be born the only descendants from Mohammad.

At the age of ten, Mohammad traveled with his uncle to the Great Syria, that the Arabs name al-Sham, and that comprises the actual territories of Syria, Palestine, the Jordan’s West Bank and The Lebanon. In Bosra’s suburbs, close to the Jordan, was a Christian convent. There, Mohammad knew a monk called Nestor, who spoke to him about the Christianity and his Revelation, and that estimated very much the qualities of the child. This experience was very deep in Mohammad.

The wants of the family did that Mohammad had to work as shepherd from child and, already in the adolescence, of camel-driver. At the age of 20, he entered to the service of Jadiya, widow in two occasions, which, encouraged by his father, was dedicating to the trade in Arabia and with the neighbors countries, and that was possessing a solid fortune. Finally, when he was 25 years old, Mohammad married Jadiya, who was already 40 years old. And that gave him 2 children, who died prompt, and 4 daughters.

Towards 610, Mohammad, that already took a comfortable and easy life by his marriage, began to move back to ponder in solitary, high and nearby sites. This would be already an essential and persistent interest in his life. His favorite place was a cave in the mount Hira, placed at 6 km from Mecca. Here he had the first revelation of the Qoran or Khoran in the so called Night of the Destination. A voice ordered him: «Read and recite». There, he continued going assiduously during more than three years and receiving little by little different chapters of the Khoran, called the suras of Mecca. In an occasion, he had in a vision the visit of the angel Gabriel, who said to him: «Oh, Mohammad, You are the Prophet of God”.

Till then, the year 613-614, only Jaliya was a believer of the God’s revelation. One day, Ali surprised them doing prayer and he turned into his second follower. The third was the freedman of Mohammad, Zaid ben Hantah and the fourth, Abu Baker al-Sidrique, a friend of the Prophet. Abu means «father of» and it refered to an important son or to the major one of a gentleman, when he was deserving it; indicating that it was extending in the time this familiar race.

From the beginning of the spread of the faith in the area near to the Prophet, there arose a strong and tenacious resistance from the mequinens to the idea of the only God and to the rites and obligations that the new religion asked. Which was condemning and rejecting the idolatry and his customs, that existed deeply in the city. The rites of the Salat were specially shocking and showy to them: The Muslim prayer divided and extended throughout the day, continuing the variable time of luminosity with the stations and using the positions of foot, sat, genuflect and humbled, in the recitation of the suras or chapters; that later will be established in the 5 actual moments. And the number of Muslims continued low and invariably. 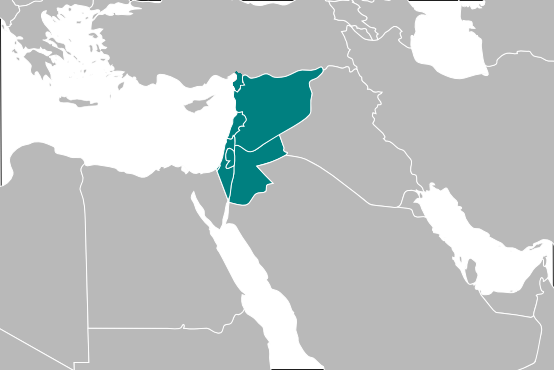 The Islam is not a religion of miracles. The miracle is the suspension or the overcoming of the laws of the Nature in an event and his circumstances. On them only has dominoes and legal authority the Necessary Being, who gave and established them with his characteristics and peculiarities. Whom we call God, in the different religions and languages. In many cases, the «advisers» and prophets sent by God to the different peoples and epochs, in order that they were turning of his unworthy life and were turning to the real God and his path, were asked by the peoples. In order that they give to them an unequivocal sign, which corroborates his ideas and the divine mandate.

Allah’s response, to the advisers for give to the idolaters and sinners, is: «I am the One that makes and supports all the works and the marvels of the world that you perceive». And, this way, chapter 30, aleya 37: «Is it that they do not see that Allah expands the provision whom he loves and restricts her to that he wants? It is true that in it are signs for people who believes»: chapter 35, aleya 27: «It is that you do not see that Allah makes that water falls from the sky and with her we do that go out fruits of diverse colors? And that there are mountains of white and red seams, of different shades and up to a dark black one?”, chapter 30, aleya 10: «Those that had committed evilnesse had the worst end, for having denied the veracity of Allah’s signs and have joked of them».

The visible head of the reaction against the Muslims is Abu Sufian, chief of the clan Amauin of the Omeyas’s tribe, which hold the power in Mecca and the privileges of the worship, accommodation, etc. The prolongation of this rejection, hard and progressively aggressive, will cause in the year 622 the «march towards» (Hegira) Medina of the Muslims.

At around the 615, in order to avoid the destruction of his small group of 40 followers, Mohammad divides them and arranges that they hide in Mecca or shelter in the rocky nearby hills. This is for the Islam a «stage of catacombs«, which will last until the 619.

We believe that between 616 and 617, (it is a date without making concrete and is within the limits of a decade, which the historic investigators indicate) Mohammad received, in one of the sites where he pondered, the visit of a group of persons of the tribe Jazrach, of Iazerib‘s city, at the north of Mecca. Attracted by his reputation, they came to ask for advice and help for the resolution of the litigious that they had with other Iazerib’s tribes, where the Jazrach had lost his prevalence.

The Jazrach were the Iazerib‘s most important tribe, until the Aus, a minor tribe, was allied by the Jews of the city. That were seeking to handle the trade and to gain political influence in her. The Jazrach saw in Mohammad, the leader who could join the Arabs and eliminate the influence of the Jews.

For Mohammad this was the promise of new converts for the Islam, which number was still despicable after so many years. It might be say that «the Islam was an ideology without force and the Jazrach were a force without ideology». And Mohammad woud be said, at least in his thoughts, «let’s gain the force of the Jazrach for our ideology (Islam)».

In effect, Mohammad‘s revelations found a good reception in Iazerib and, even, members of the Aus came to see him in his «mountainous retirement». These facts made increase in the mequinens and, specially, in the tribe Quraich his distaste to Mohammad and the Islam. This way, several years passed. And, finally, the quraichies decided to kill him and Mohammad had to flee of Mecca. It was the beginning of the Hegira. 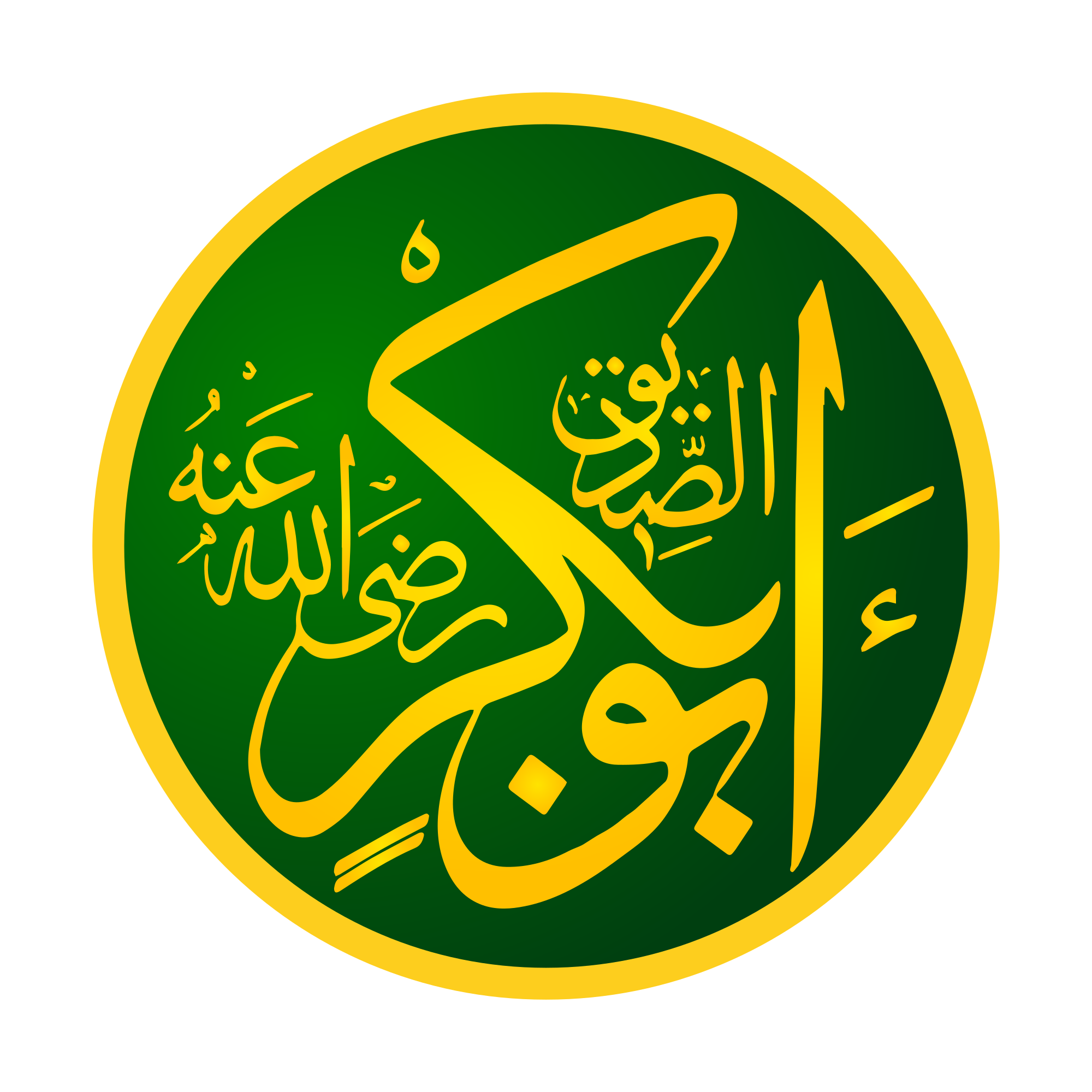 Mohammad and Abu Baker sheltered temporarily in Zaur‘s cave, at 5 km from Mecca. Mohammad ordered that the Muslim community should go in small groups to Iazerib, while was coming his moment to go, indicated by Allah. This night, Allah turned green a shrub that was at the entry of his hiding place, two birds nested in it and a spider wove his fabric in the opened remaining space. It was the summer beginning and these facts were normal. For 3 days and 3 nights they remained in the cave, hearing his mequinens persecutors crossing ahead, without noticing them.

A freedman and a guide came then, bringing camels and provisions and the 4 undertook the march to Iazerib, making a detour in the mountainous zone that surrounds the Red Sea. On July 12 of 622, they came to Iazerib and encamped in the suburbs, where the medinens come in mass to receive them. Finally, on July 16, date of the Hegira, Mohammad entered triumphantly in the city. It is the beginning of the Muslim Age and the end of the jahiriya or the preexisting idolatrous chaos to the Islam.

The medinens suras or chapters that Mohammad will receive here, are directed to a leader, a chief and defender of the Muslim community (the Umma). To establish the juridical and social procedure by which she will be ruled. And the Umma is born of the merger of the ansares or medinens assistant (in majority) with the mequinens muhayirun or emigrants.

In Medina, only the Jews opposed to the preaching and the action of the Prophet. On one hand, they were afraid to lose his social influence and his business. And neither they admit a prophet, foreign to the people chosen by Jehova. Reproaching Mohammad that many «revealed» suras were copying and interpreting falsely the books of the Torah or Old Testament.

This will do that Mohammad establishes from December of 623 the Kaaba (Mecca) as the direction towards which saying the Salat. Till then, Mohammad took Jerusalem as the sacred city towards which to pray. This decision was symbolizing, in addition, that the Islam was a religion of progress and loved by the Arabs. And that Mohammad perfected and sealed all the God’s previous revelations, the Torah and the Gospels.