This doctrine spreads and concerns, across the NATO, the strategic aims of his allies and the assigned and specific means to reach them. The training with IT programs is an example of the new practices of military training. Instead of moving soldiers in the Boot Camps or the vehicles of the mechanized or motorized units in the maneuvers areas, the NATO is developing new artifices in the Network (online) to instruct the personnel. And, though it could not be the norm of formation or training, the project is illustrative of that the Alliance adapts to the new times of «financial global restrictions» for the Armies. But this goes against and impedes, almost for definition, the adjustment of the light infantries to the war against the regular and irregular “broken-down” enemies. And it goes against and prevents the use and the employment of the «maneuvers war» at the levels of the small units and men groups, entrusted to realize it in the fight zone of the infantry. Because the demanding and constant training of the men is here essential and is a condition necessary for his success in the combat.

Peculiarities of the modern Fight in the Infantry Zone.

Any assault aim of the small unit or group of action always will present a route of covered, defilade or secret approximation. That can be exploited to approach up to the close fight distance. This without losses of his combat capacity and without having an engineers’ high formation. So, the “routes” like that might be the curbs of the sidewalks or the sewers in the urban or industrial zones. For the distant or air (drones and crewed planes) observation these singularities do not exist and this way, the enemy does not detect the potential vulnerability of his positions. 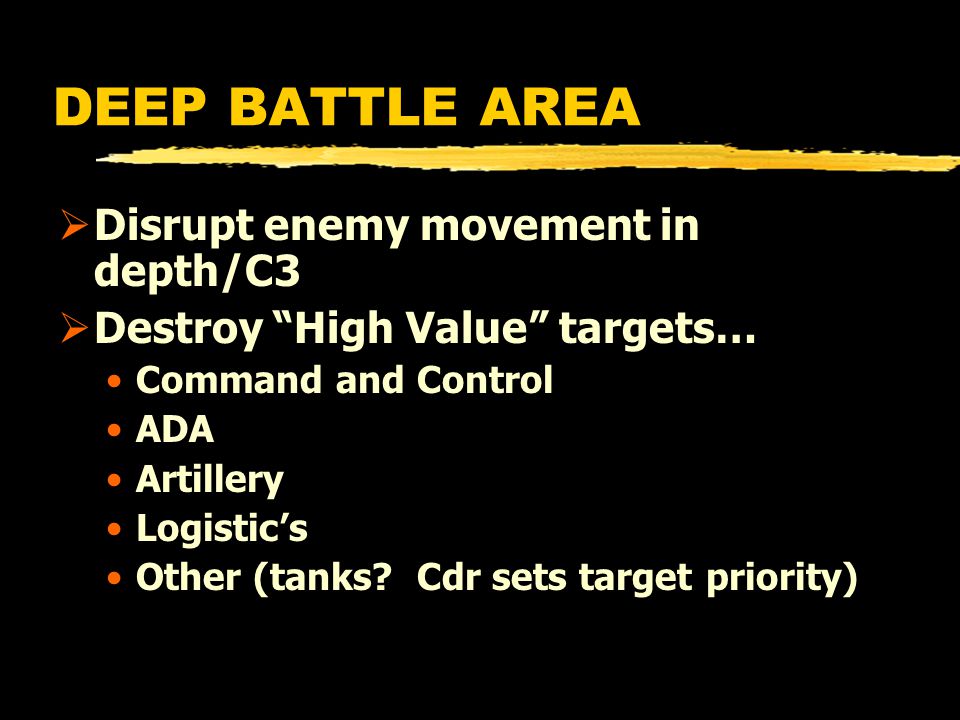 In the rejection the same thing happens, but the other way round. A deployed company in his platoons for the usual circular defense, presents several tens of small exposed careless or not attended flanks. And these can be used by the trained enemy in the use of the microarea to approach and to slip between his combat positions, patrols and fox holes. And to be positioned to attack her by reverse a little later. Or to destroy some important assets (hangar, fuel deposits, vehicles parkings, artillery, aircrafts, arsenals, command positions). And these vulnerabilities and deficiencies are kept and, even, they increase almost unfailingly with the confidence and the carelessness that arise in the routine and current activities.

However much there exist protocols, regulations and theoretical advices that affect in the alert and the keeping of the vigilance and security. Because the permanent «combat availability» neither is kept, even does not exist. And it is not a question, as it is in the habit of doing, of creating any more procedure or of hardening those who exist. Because the bureaucracy and his evils will kill the initiative and the inventiveness of the bureaucratized soldiers. It is a question of carrying out those with interest, commitment with the missions and, the most difficult thing, banishing the mental stupor of the routine. Nor, and this is a deficiency derived from the most panoramic vision that is looked, these elementary “microunits” are trained for correctly and temporarily defend itself. If they are surrounded or overcome in number by the regular or irregular enemy, who exploits the “microarea” and knows the field. And, consistently, they also lack enough organic weapon, as to avoid to be surrounded by an enemy major unit.

In West this specific formation is tended to give to his elite units, whereas his «poor» enemies form in her all his infantry: elite, regular, light and irregular. These «bare» armies have to use more the human resources, on having lacked so many modern and sophisticated means. His men are educated in the control (physical and mental) of the risk and of the fear, to survive. And in the discovery and the development of his warlike potentials, turning one with his environment, to overcome the obstacles, to triumph in the mission and to continue living. Some of the personal characteristics that must be more developed in the western «small units», to obtain a «bonus», a complement, of security, surprise and efficiency in his «interfaces of action» on the enemy in the fight in the infantry zone are: motivation, formation and constant training; mobility, concealment and knowledge of the enviroment; safety, surprise and creativity; resistance, patience, quietude, silence, sobriety, calmness, alert of the senses (dulled by the withdrawal from the nature and the plethora of information that is received at all the levels) and self-sufficiency; freedom of action, initiative and decision at the level of his behavior and mission. It is evident that, if the men fullly develop these military characteristics and tasks, we will be forming units of elite. But the certain thing is that the added ones or «adendum» of these qualities that they acquire, will give them major autoconfidence. And will qualify them to carry out better the infantry fight against «broken down» enemies armies, that have incorporated them into his usual form of combat.

During enough time still the air and spatial American means, as spy satellites, not crewed planes and planes of the system Joint Surveillance Target Attack Radar System (JSTARS), will have serious limitations for the detection and the check of small ground, even regular, forces, in the areas of difficult ongoing and with possibilities of concealment, as mountains, jungles and forests, marshes and urbanized zones (industrial, of storage and distribution, and of housings). Those also offer covered to the fire up to the close combat distances. It is paradoxical that the western armies, who try to take care and to protect his members, do not sufficiently form them in the fight that his «ragged» enemies realize. These «modern infantry» units would fight by means of the infiltration or the slide; the cover and the concealment; the rapid or imperceptible movements for the enemy observer, according to the case; and always silent; the dispersed and/or camouflaged of circumstances positions and in the later slope; the constant surprises; the countershocks and the ambushes; in both forms of fight: defense and attack.

As for the guerrilla war against the irregular enemies, we will treat the «wide zone» where the rebels do not dominate, but they keep the pulse with the military men and try to go snatching them the people and the areas. This is the zone where would have clearer and direct application the modern western infantry units, to fight against the irregular orientals. The only effective way of defending from these rebel groups is obtaining the initiative, dislocating his movements between positions and towards their aims, exhausting his operatonal rear, taking from them the freedom of action and demonstrating the people whom have the means and the determination to gain the war, supporting his government and authorities. To defend himself is not to be left to reduce or to corner in the garrisons, by the action and the extension of the bands. Garrisons that turn in enormous and costly «protected warehouses» of materials and men without using. This is to be left to oxidize, to demoralize and to enervate by the mobil, active and very asymmetric enemy. And was the “main way” used by the high commands in Afghanistan and Iraq. The “patrols and small military positions” network of in this «critical zone», it has as operational task to deny the initiative and the mobility to the guerrillas, cutting his communications with his bases, with his collaborators’ network and between them, and raise off them, like in the hunt, from his protective bases of civil character and from his isolated redoubts. The «official network», which covers operationally a wide extension, is also capable of catching sensitive information. The knowledge of the rebels, of the zone and of the neighborhood can be one of his major assets. The conviction of impunity of the rebels will disappear. 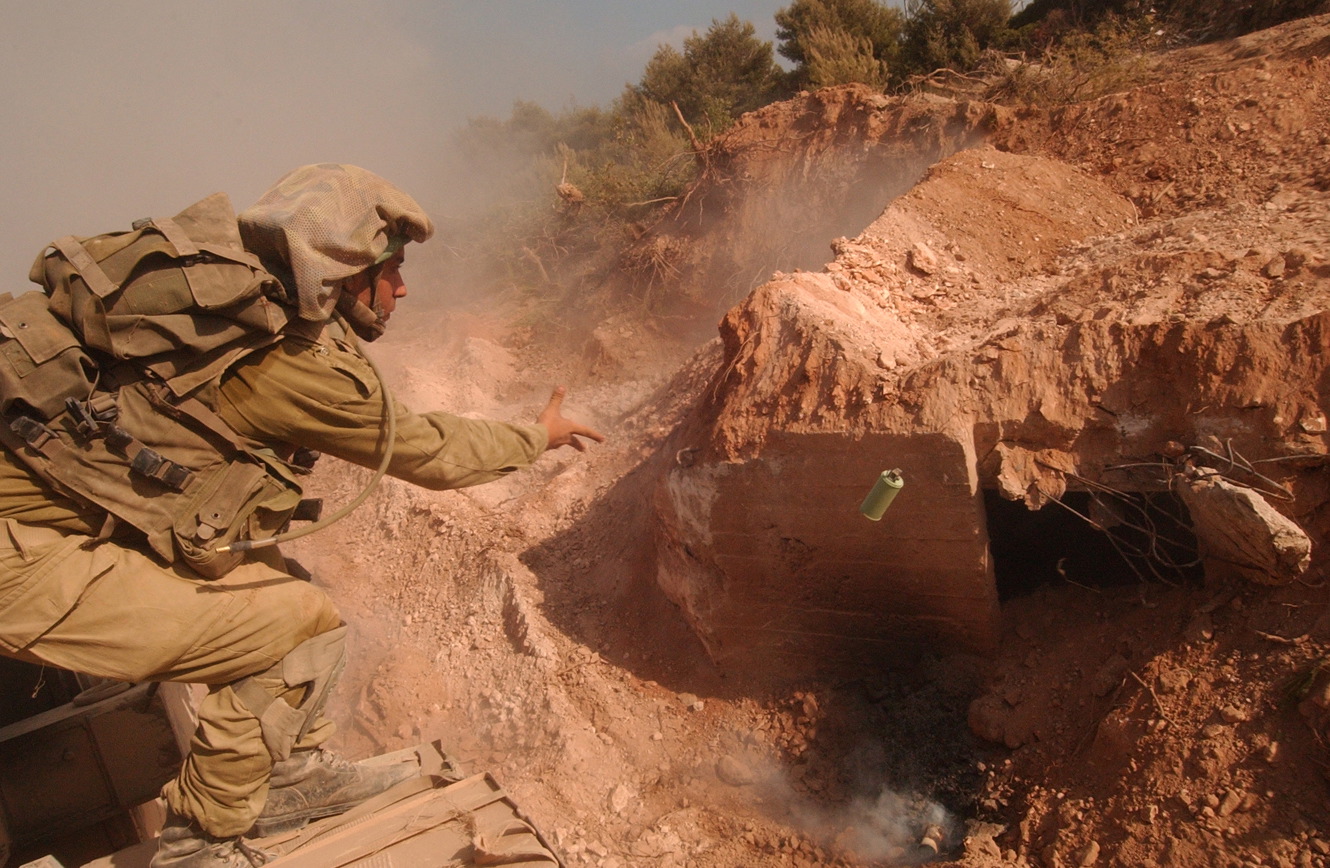 A necessary and forgotten complement of the regular network to fight against the guerrilla are the rebels «false bands». These would be destined to operate in zones inclined to the insurgency, from where several of his members come. And his action and concealment would be favored by the decentralized character of the rebel groups. His missions would be to obtain information, to prove the loyalty of the civilians and to annihilate enemy small groups or suicides. They should not be major of a reinforced squad, except in the special occasions of combat. This can seem to be imaginary or, at least, theoretically, and unrealizably. But the case is that in the definitive defeats of the Apaches bands in the southwest of the USA, between 1872 and 1886, after the changes effected in the deployments, the tactics and technics and the doctrine by the general Crook, was decisive the incorporation of numerous Apaches explorers in the US Army Cavalry. Not only to locate the hostiles bands, but to attack them specially and hardly. And the taciturn, distant, slightly nice and haughty or indifferent character of these Indians towards other Americans, that can be observed in an attentive visit to a reservation, was not making them precisely inclined to be «collaborationists» of the whites men.