And the Strategy, the Operational Strategy and the Tactics, as Levels of its Military Actuation

The Ideology or Concept and its Range.

The “will of defense” of a nation is its capacity to cause, create, develop and maintain defense forces. The strength of the defense forces, in turn, rely on the necessary support of the economy of the country and the diplomacy of the state. The will of defense is an expression of the will of being and the vital capacity, even biological, of a society. This concept overcomes and perfects the so called hybrid war or of V generation. That implies and supposes the employment of all his «orthodox and heterodox means of intervention» by the social belligerent group. As the term implies, will of defense is healthy, normal and sufficient when defense forces and the strength of the country’s economy and the quality of state leadership and diplomacy are proportional and adapted to the political objectives of society. These must also be adequate to the possible threats that the country may have to oppose, both within and out the country, within its geopolitical region or other sources of threat. This capacity and its performance in different situations stems from a correct “national moral”.

At the level of human resources, troops must have suitable training, the combat readiness and a certain esprit de corps. Human resources are shaped by doctrine, military direction and military moral. So, they can carry out the military operations withstanding the effort and the wear of them, while maintaining their conviction in the missions to which they are assigned.

Materials resources must support the military theory of the Armed Forces and have the necessary technological sophistication to serve the military’s objectives. They include the weapon systems and all the military hardware. All of these resources flow from a society that provides, maintains and nourishes them.

Which is operational about this natural phenomenon of the society’s capacity of defense?

In a modern society, the chain of transmission of the popular will to the Armed Forces, passes through a series of intermediate sociological gears of authorities and institutions. In them, crystallize and fulfill the popular will, albeit with all the shades, errors and deviations, derived from the degree of imperfection of society’s institutional system and of some authorities.

To do this, the immediate goal would be the enemy’s Armed Forces, followed by the political system of the enemy’s country including its political objectives, plans, and alliances, as well as its military and auxiliary industries. Only finally would the focus of attack or pressure be on civilians of the enemy country.

The civil population, which is not intrinsically organized but is dominated by the ideological and institutional apparatus of the state, is capable of absorbing tremendous military blows. Examples of this are the bombing raids that Germany and North Vietnam endured for years. Ultimately, only the invasion of Germany forced its surrender. There is also the case of Iraq which was submitted to a kind of military siege in which its people were impoverished. Still, the Iraqi regime was even stronger than at the end of the allied invasion in the winter of l991, having suppressed internal opposition from Shiites and Kurds and having attracted the support or admiration of its resistance in the Arab world. Despite the first war against Iraq and the following siege, Iraqi’s did not rise against their political institutions and the content and expression of Iraq’s national will of defense was not altered. In the most radical case of a nuclear war, great civilian losses would occur initially, yet if the Armed Forces remained relatively intact due to defensive deployment and protection measures, it could prolong the defense of its country and even win.

This brings us to time as the environment in which the will of defense is expressed, and whose “effective factor” is “national moral”.

The National Moral, source of the Will of Defense.

The “national moral” is the collective conviction of how best to live by following historically-proven trends of peace, progress, own satisfaction, service and justice. This certainty is assumed by a society as its own vision, or conception of its destiny.

When individuals or groups do not subscribe this vision, or when they pervert it, the quality of national moral can deteriorates and often produces messianism. But, without illusion and enthusiasm, societies cannot achieve or create beneficial enterprises. Enthusiasm is a force of spirit, which conquers moral and ideological entropy (that is inevitably generated in societies), enlightened by a «reasonable illusion«.

THE DOCTRINE OF XI JINPING «illuminating» Socialism with Chinese Characteristics for a New Era. IT WAS INCLUDED IN THE CONSTITUTION OF THE CHINESE COMMUNIST PARTY. ONLY MAO AND DENG XIAOPING DESERVED SUCH AN HONOR.

When leaders also are in tune with the right social trend, and with the wishes of their people, a moral community is established between leaders and their people, that harmonizes and promotes national and social feelings. This process is the origin and creator of the national moral of societies and is at a different qualitative level than that of purely biased, ethnically-based or group-based interests.

There is an ideological creation from the people and to the people, which reason is that it most be in favor the people. Still, this process remains subject to deviations and historical aberrations.

The process of creating the national moral are positive when leaders act collectively with honesty and inspire their people to follow «correct ways» of living, within all the possible ways of living available to them. This implies and demands a certain ideological control on the part of the state’s leadership, which is one of its main functions. Abuses of this responsibility are best represented by Hitler’s Minister of Propaganda, Mr. Goebbels; the political deputies and the party structure for the proletarian dictatorship with Stalin, etc. 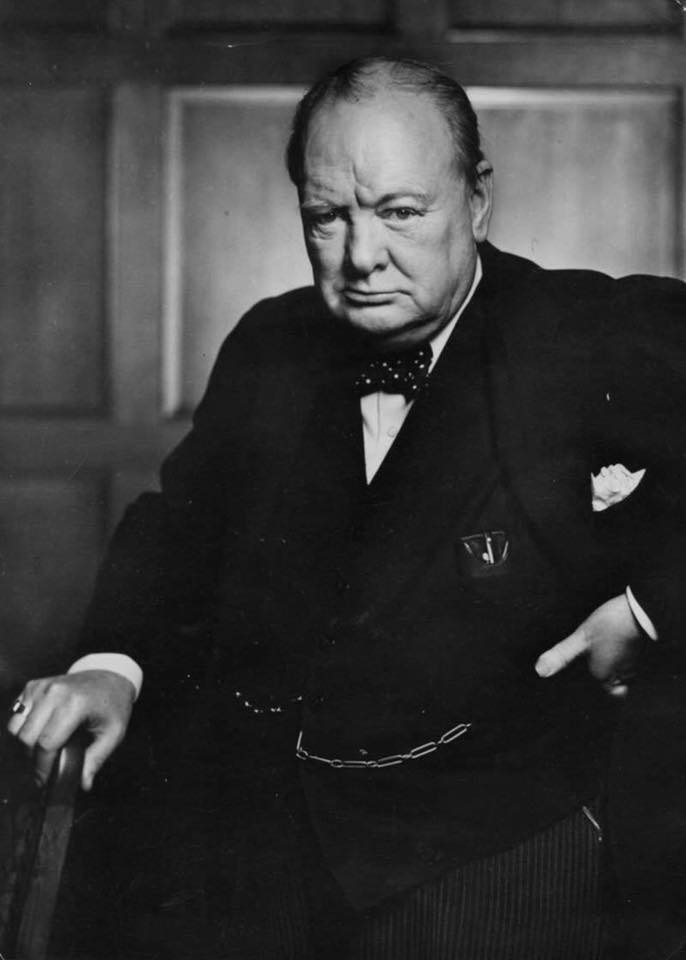 The natural organs for forming and transmitting the “national moral” are far removed from official propaganda offices. The reason is that the natural organs that generate national moral are found in the nuclei of society’s collective action and in its natural and institutional leaders. That is to say, the spaces in which national moral is created are homes, schools, churches, political parties, unions, working centers, and associations in general, etc.

After the battle of England, Churchill said that the future generations would say that «that one was our more glorious hour». This was possible thanks to an unbreakable social discipline, which was not ensuing from the study of manuals of civic education, but of the follow-up of a model spread by infinity of personal testimonies. The diffusion of the moral model of the citizen owed in a great extent to the educational labor of the Anglican Church.

The own Montesquieu admitted that the republican virtues only existed in the tales of the antiquity. This way, they were attractive to a leader minority, but his adoption by the citizens could not be done by legal or constitutional mandate. The moral theoretically proposed values, were seen as something artificial and remote. Without real connection with a practical and known moral code, highlighted with alive examples that could be follow.