The principle of the objective demands that every operation goes towards a decisive, clear and obtainable aim with the means at disposition. This principle is applicable to the four levels of the war: the tactical, the operational, the military strategic and the total strategic or of national politics. In this last level meet to collaborate the national diplomacy and economy, who would give him his category of «total». At first, it seems that this principle of «direction of the war» is of the easiest to conceive and apply. Nevertheless, it is in the highest level of decision, that of the great strategy or national strategy, where it has not been correctly or sufficiently applied this principle. We can remember, supporting revolts of Lybia, as the great powers of the anti Gaddafi Coalition had difficulties to define the essential aims of his military intervention in Lybia.

Origins and Appearance of the Principle of the Aim in the War.

This principle is always related with the general principle of economy (or the administration) of the means. So, we rationalize our efforts and means on having centred on a complete aim. And this way, the lives and other military available means, always scanty or, even, insufficient, for a campaign, can be squandered, if the national commands fail in applying the principle of the aim at his own level. This principle is directly related to that of concentration. Which seeks to assemble all the means, not necessarily present for the moment, well simultaneous or successive, in a common effort on the aim to get. This way, for example, a combined arms unit that covers the free flank of his main body or the units of tactical exploration deployed in advance, are also taking part with his missions in this complete and synergical effort.

In the classic ancient military men (Sun Tzu, Machiavelli, Frederick the Great or Jomini) the knowledge of this principle arises more by what it is deduced from his works, that for its direct mention. That is to say, up to only a few decades ago, the principle of the aim was a second-class principle. How could be giving this paradox between his managerial importance and his carelessness? The principle of the aim was implicitly careless, when the military men expressly attended to the principles of surprise, of concentration and of protection. And it was so, because it was too evident. It was really, to defeat the enemy in the minor number of possible battles. We must remember that the principles of the war originally appear in the tactical field: as the advices and directives to follow to gain the battles. 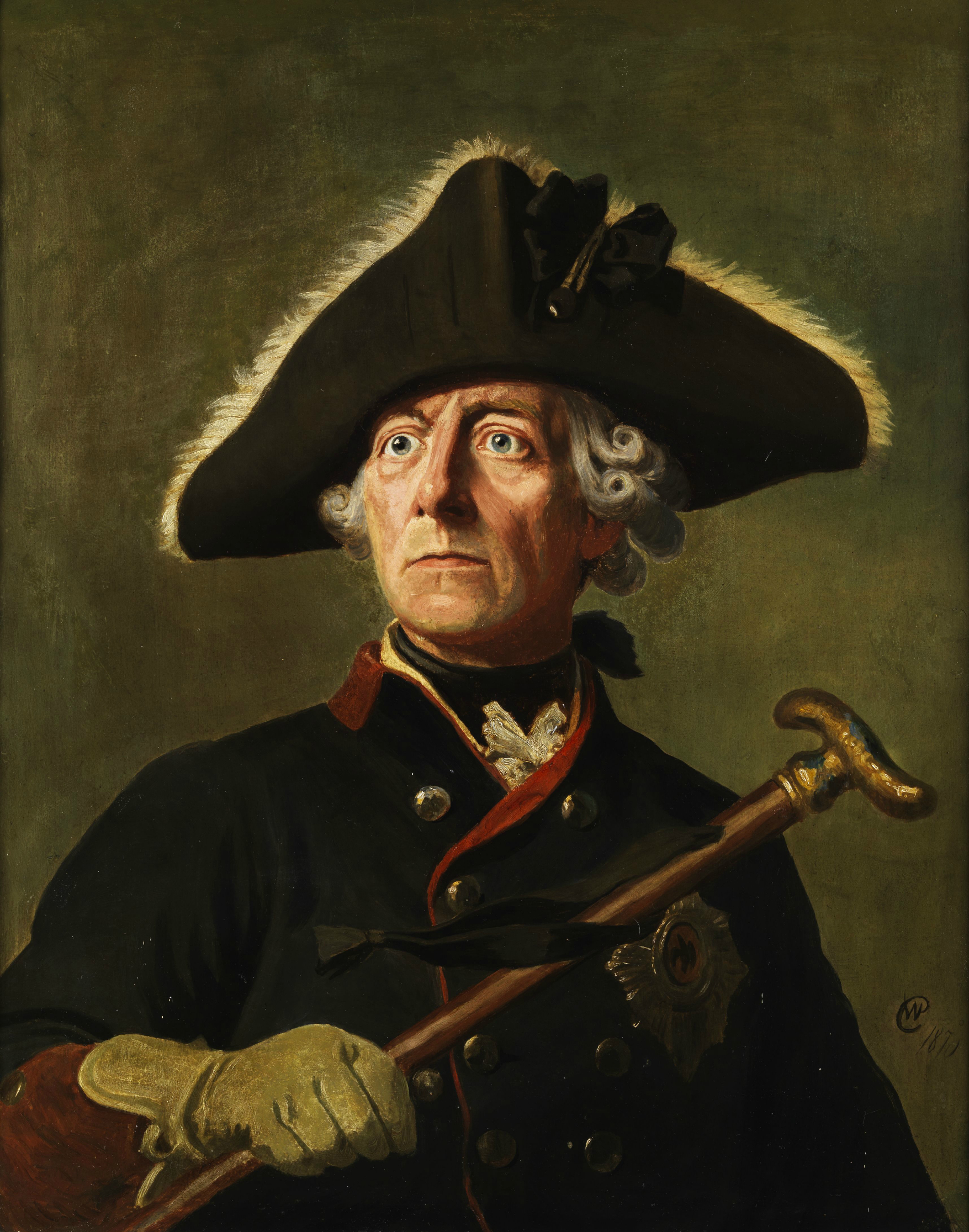 Frederick II, the Great, ruled the Kingdom of Prussia for 46 years. A practiced and theorist of warfare.

Initially and even until little ago, the state matters were not of the interest or of the consideration of the people. The kings and absolute princes, even the illustrated ones, were autonomous and sufficient in the direction of the war and were not using the principle. This changed with the establishments of the diets, the parliaments and the chambers. More or less representing peoples cosovereigns with the monarches. It was already necessary to explain the motives and the aims of the wars. This way, the principle of the aim began to take form and content. And it reached his importance and sovereign, when the tactics or the art of considering and gaining the battles, already cannot by itself to gain a war.

In any operation the aim is essential. Without it there can exist neither a definite and clear plan nor the coordination of efforts (or «mass»). The last military aim is the destruction of the enemy forces in presence (not necessarily the physical annihilation, it would be enough that they were giving up themselves). Considering only the military factors, the aims must be defined from the beginning and select them in agreement with the available means. And this way, appears the paradox which we nowadays live in many cases. There exist political, economic and still strategic factors, which conspire to delay and still gets dark the definition of the aims in the war, as the case of Lybia. And, on the other hand, with the forces already displaced there, before the friends, neutral and enemy’s look, existed the urgent need to clearly define them. With it is achieved a “joint effort” (today baptized synergy) for the best utilization of the resources on the enemy.

From middle of the 19th century, appear and are consolidated the rapid globalization of the interests of the States and the scopes and powers of their military, political, economic and diplomatic means. With them, the military principles of tactical origin fullly reached the area of the national and military strategy.

The Pernicious Interference of the Politicians in the Military Actions.

Also there always was coming a moment in which the politician had to be quiet and not to intermittently meddle in the military specific occupation. Sun Tzu is the real or supposed name of a Chinese author, who wrote The Thirteen Chapters of the Art of the War. The unit of style of the work and his originality allow to affirm that it is neither a collective work nor a summary of preexisting works. His work is dated between 400 and 320 B.C. In effect, the use of the cross-bow did not generalize until 400 and the cavalry was not incorporated into the army before 320. What Sun Tzu said on the military missions and the spurious interferences, more than 2 thousand years ago? 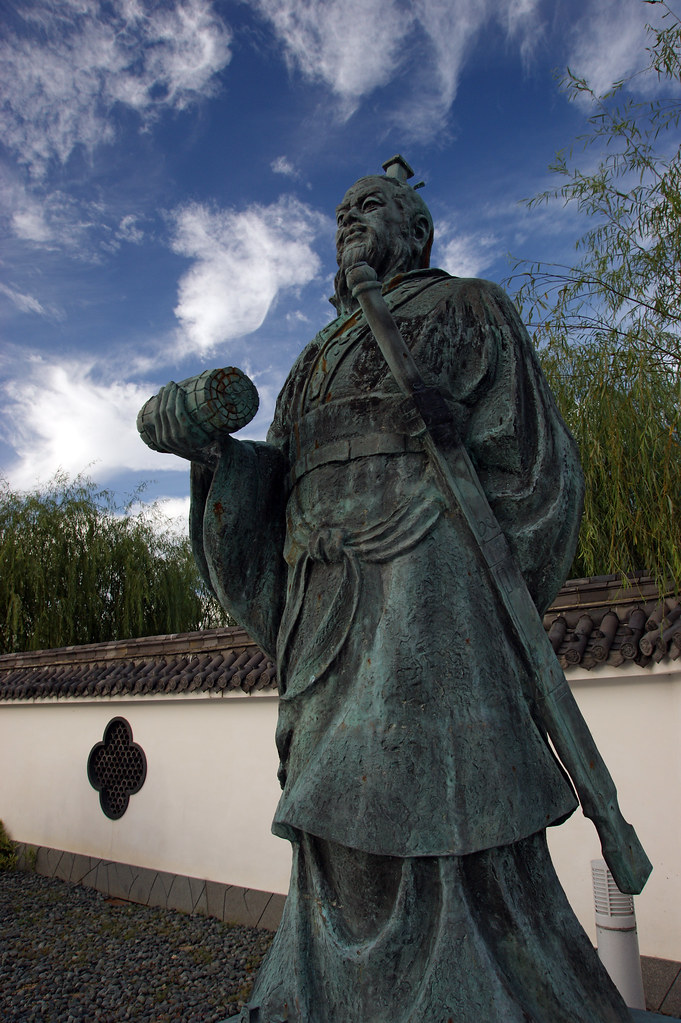 «Normally, when the armed forces are in use, the general receives, first, the general orders of the sovereign. Then he assembles the troops, makes the army an homogeneous and harmonious set and installs it in his cam «. Chapter 7, verse 1.

«It is necessary to know that for the sovereign there exist three ways of taking his army to the disaster. They consist of proceeding as follows:

To ignore that the army must not advance and order that it should advance, or, to ignore that it must not move back and arrange a retreat. This is what calls «to put the army in a difficulty». Chia Lin’s comment: «there is no major calamity that the orders of the sovereign that resides in the court «.

«The one that has competent general and protects them from the (solvent) interferences of the sovereign, will be the victor». Ibid, verse 29. Ho Yen Hsi’s comment: «In the war hundreds of changes take place in every stage. To say that a general must wait for all the orders of his Superiors, is like to have to inform a Superior of that you want to extinguish a fire. Before the orders come, the ashes will be cold. And it has been said that in such circumstances it is necessary to consult the general inspector of the army! To shortly tie a competent general, while he is asked to suppress a crafty enemy, is as holding the Black Greyhound of Han and then give him the order to catch unattainable hares».