The «transitability» (or ground ongoing) is the geographical dimension, either superficial or spatial, where take place the ground military operations.

It is principally framed by the superficial capacity of an area to support the means or military capacities. It is completed nowadays in a spatial dimension, by the range of the heavy fire means and by the aircrafts.

It has independent and absolute functions, as are the “passing time” by a point, the distance traveled time between two of them and the not superficial simultaneity of the military means.

The transitability also possesses relative functions, dependent in general on the geography. They are more concretely determined by the roads, railway and fluvial nets (urbanized geography) and by the climate, the hydrology, the orography, the year station, the meteorology and the hour of the day (physical geography). These functions change with the different national and regional surfaces.

The transitability determines the facility or the physical difficulty for the maneuver rapidity and, in consequence, determines basically the total time of the operations, through the phase of execution of the successive «cycles of action«. Which are formed by the observation, evaluation, decision and execution phases.

The transportation Networks and the Transitability.

The roads and railroad nets are the most suitable physical support to obtain low times of execution in the operations or high «tempos«. Its transitability characteristics would be its availability in the operations zone, the road surface resistance, the traffic saturation conditions and the narrows or critical points in the nets and the continuity cuts.

In effect, the passing time of a mobile by a given point is almost instantaneous: at 40 Km./hour covers more than 11 ms/sec. But when it is a column of more than thousand vehicles of all kinds, a. e., an armored western division, crossing in march formation a distance of 200 Km. along one route, its passing time by a point tends to confuse and equalize with its distance traveled time in this march and it will approach to 9 or 10 hours. When both times are alike in the practice, we can say that a route is saturated. 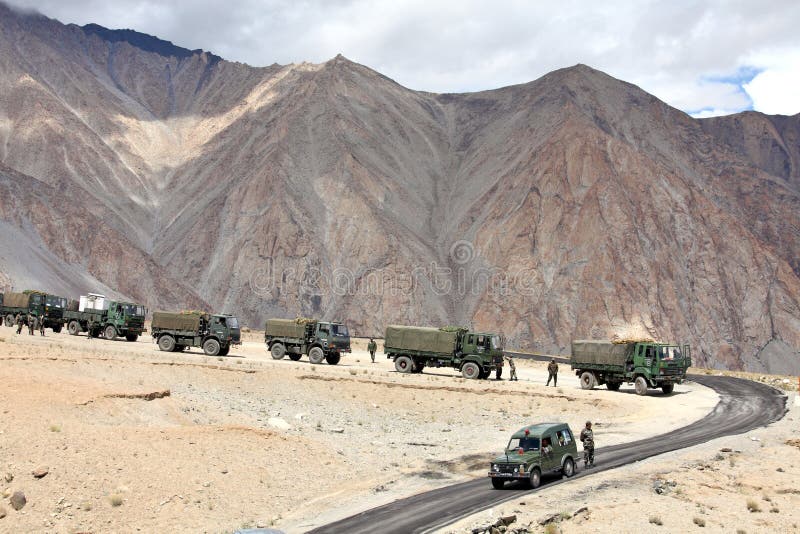 Another characteristic of the land nets, as restrictive tempo or pace of advance, are the narrows as mountain passes, small and median populations and bridges over obstacles. On having prolonged the passing time (covering those almost punctual elements in the map), they lengthen equally the distance traveled time in saturated or sole roads or lanes.

The resistance of the roads to supporting great weights is also a limitation of the tempo. The highways that support weights of 40 Tm in vehicles of several axes are limited to the principal road net of the developed countries. The reason is that the pressure that a vehicle axis exercises on the pavement is a function of the cube of the weight on it: any growth of the supported weight has an exponential effect and the construction and maintenance costs go off. So, the road availability to achieve a good pace of advance is problematic, since out of the mentioned countries the absence of highways is also very common. More than about transitability, we might speaks of non transitability, as operational element, against which struggling physically to move on. 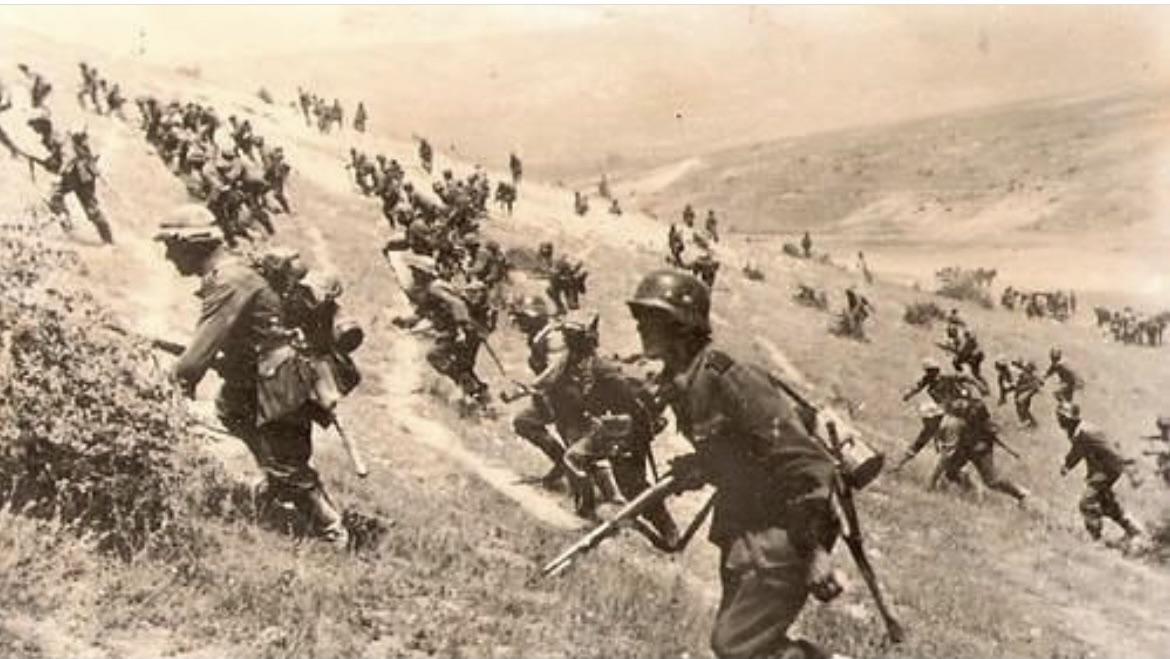 We can think, at first, in using the superficial dimension or even the spatial one to improve the transitability (or ground ongoing) in different cases, in which the better conditions before mentioned, already do not exist. The first one leads us to a cross country mechanized formation and due supported logistically, that would be the imaginative ideal of the more qualified strategists and tacticians during the decade of the thirties of last century. But there are problems. 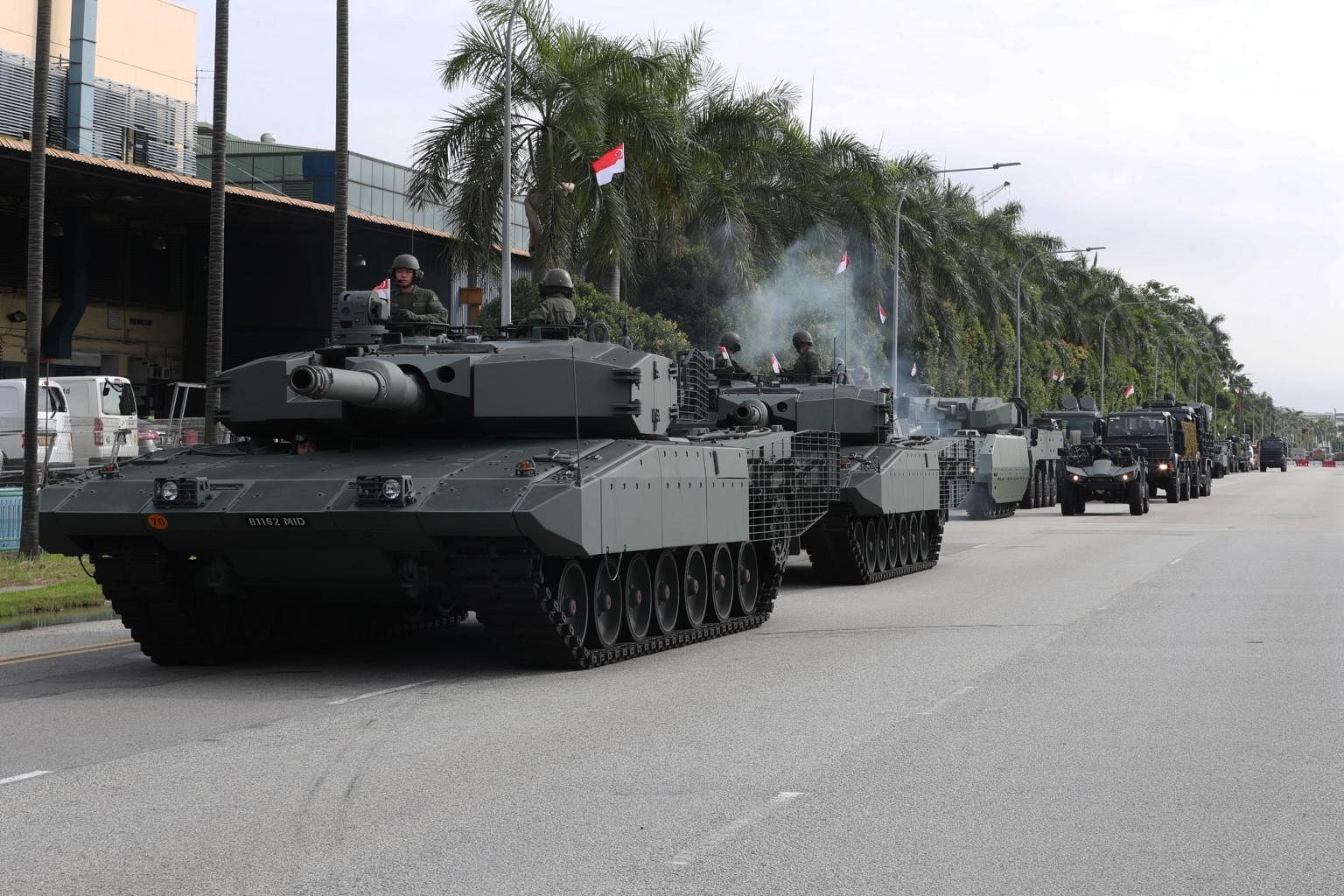 On one hand, the best all ground vehicle or on tracks moves itself better in a highway that on the field, for «easy» that it is the tour. For a given useful load weight, the all field vehicles or on tracks have more tare than the vehicles only for roads or by wheels. For total given weights, the vehicles both by tracks and by wheels that advance cross country, have more wears, more breakdowns and more fuel consumption, that those who circulate along highways. It raises an economic and logistic double inconvenient of very difficult solution. 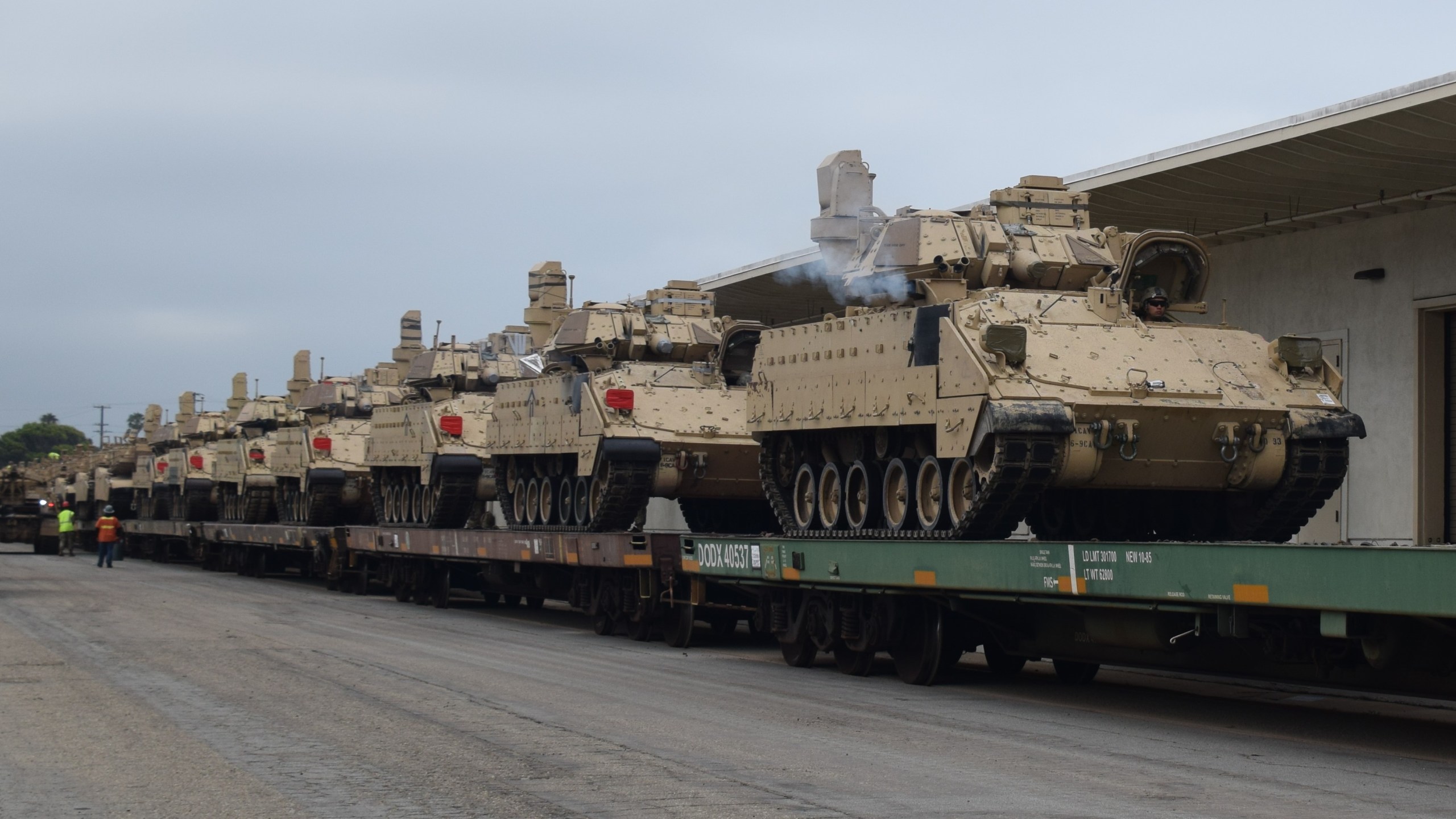 Because of it, the ideal thing is to operate by steady road surfaces, even using if possible the railroad for marches up to little beyond the hundred Km. to the front or to the enemy. And the roads network up to where allows the operational situation and the need to deploy from the march. And to fight cross country, taking advantage of the covering, the concealment, as the tactical characteristics of the field.

The spatial dimension also encloses an impossibility, like that of the saturation of the land roads, which forbids the simultaneous arrival at a point of numerous aircraft. Or the airships fly in row, arriving at the same hour, but extended laterally or they go in line to unload or arrive successively in a «single» point or zone of discharge operations. The helicopters give more concentrated results than those of the airplanes, but these have more lifting capacity for means, men and ordnance.

Grounds characteristics and the Transitability.

The channels, the water obstacles, as continuity cuts, constitute another relative conditioner of the transitability of a zone.

On one hand, they constitute an almost inevitable restraint of the maneuver impulse. In effect, in almost any direction that follows an operational route during sufficient Km., it ended up confronting the crossing of a natural or artificial water obstacle. We have seen the bridges that surpass them, as part of a road network, but not always they will exist or be at hand of the marching column. Given the actual amphibious means, the main obstacle to the transit will offer by the water flows banks. So, it will be necessary to consider the slope of both banks and the characteristics of resistance, adherence, consistency, etc. of them and of their immediate approach soils. 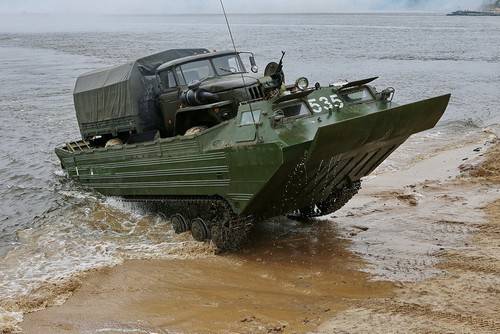 Nevertheless, the rivers and channels are also means of insertion within a territory of a combat patrol platoon type. At a speed of 4 or 5 Km/hour of advance by the water, the patrol can cross several hundreds Km. in 3 or 4 days.

The effects of the climate, the year station, the hour, the hemisphere will be superposed to the mentioned conditioners, worsening or mitigating them, to our favor or against us.

Orography deserves a specific treatment, for its special direct influence in the transitability. Orography affects transitability when makes difficult the development of the road layout and when increasing the slope to surpass in all the marches. The cross-sectional passing of “height lines” can get to be impassable, except by defiles or mountain passes. So being generated authentic bottlenecks, that collapse the maneuver momentum and prevent the deployments of the units that cross them. The fight in the heights has a generic gravity center in the control of these passages.

Diminishing in height gradient, there exists a less evident, but more frequent and very important factor, which is the «drop«. We call “drop” to height variations of a few meters up to dozens of meters in relation to the immediate surroundings. It appears in the cross-country crossing, in areas of more or less waviness, in broken grounds and even in sections of the highways that pass for them. It has also a high expression in the urban zones, so much residential as industrial, because the buildings, houses and facilities and conduction also shape «relative concealing heights» for men and arms. These generate protection and danger, definitively opportunities and risks, and are another expression of the «drop«. A stitch or detail: a difference in height of little more that 2 ms allows to conceal the hull of a tank or of an infantry combat vehicle in a smoothly wavy area, with full domain by the sight. 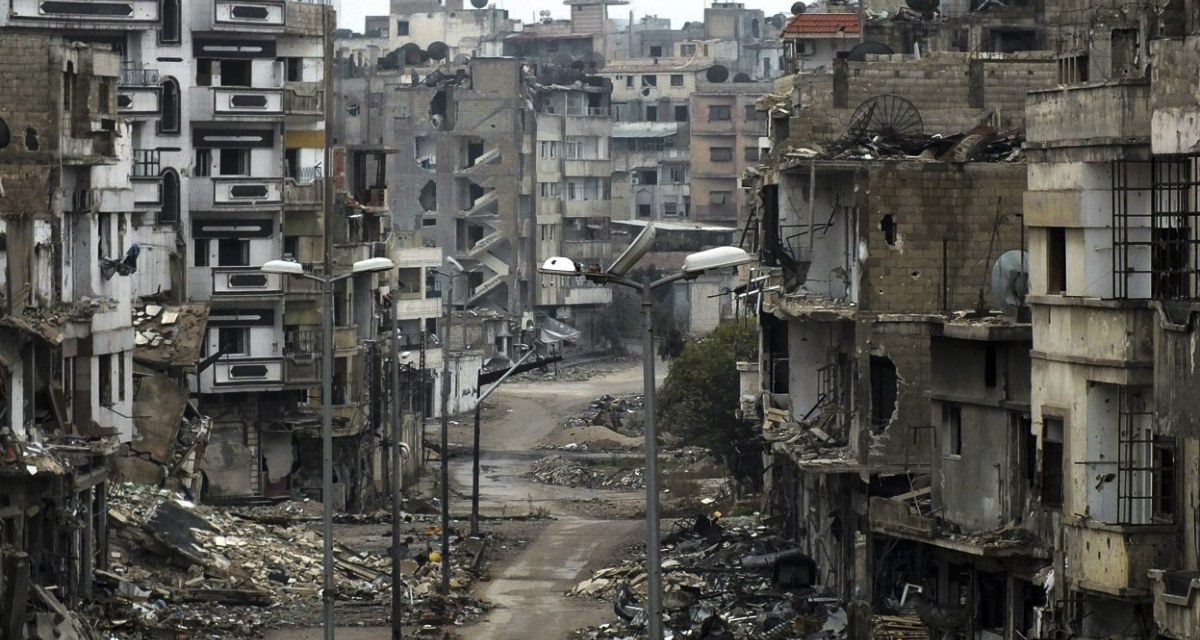 The urbanized or industrial zones shape very numerous parallel and transverse lines of «drop«, which interweave. They canalize all the military effort in the above mentioned zones, generating innumerable «interfaces of action» with the enemy, that are determined frequently by surprise conditions. These zones, definitively, paralyze the impulse of the units and generate in them attrition (in military means) and wear (in logistic), disproportionate to the purely military obtainable results with its occupation. 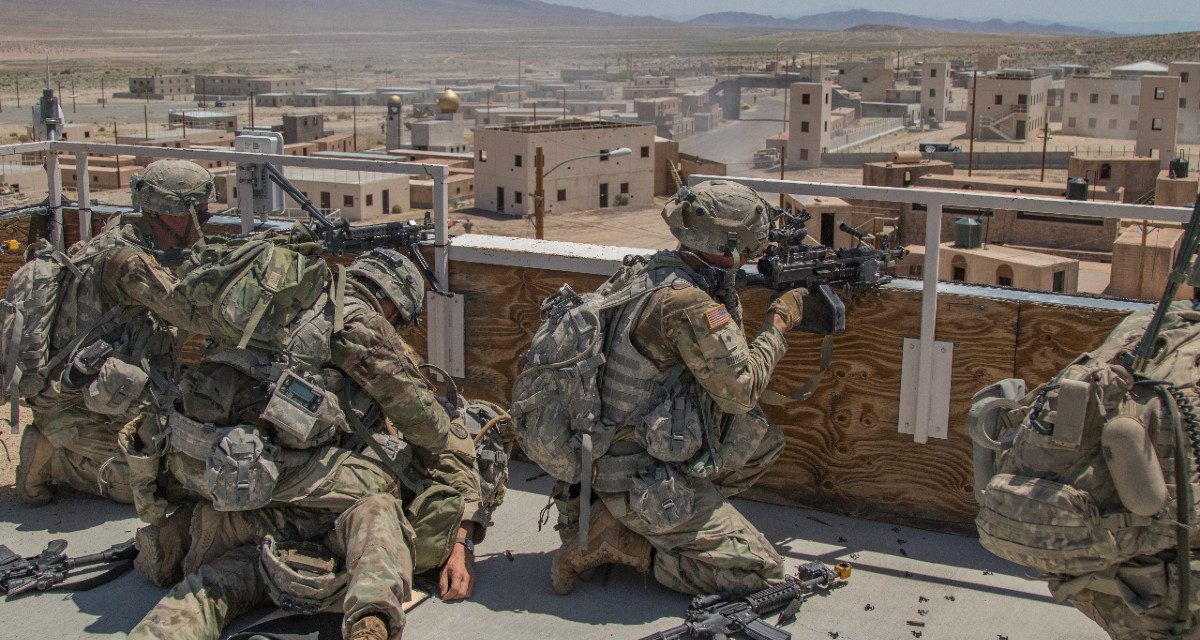 For the winter warfare, you can read our article «The talvisota or Winter War of Finland and Russia in 1939».

The forest would be a special variant of this case. It offers antitank unsurmountable obstacles, concealment, cover and protection until the range of infantry fighting distances.