And the Strategy, the Operational Strategy and the Tactics, as Levels of its Military Actuation.

The Levels of Military Actuation.

The first level of activity in the defense of a society is called national strategy or, also, in a some antiquated form, great strategy. In it are included the economic and diplomatic resources of the State. As part of the resources of a nation to get his great strategics aims in a war. 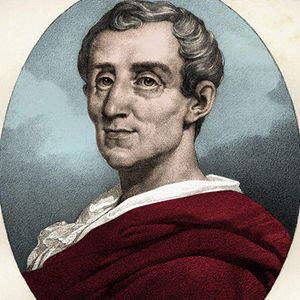 THE BARON OF MONTESQUIEU.

Military Strategy, or simply Strategy, in a great second level of activity, refers to the definition of the larger aims of a war, of an operations theater or of a campaign, including the distribution of the generally scanty military resources used to fulfill them.

Tactics refers to the ideal execution of the combats with an enemy, who opposes with armaments, to the achievement of our strategic aims.

Between strategy and tactics exists an essentially practical space of prominent activity, called the operational level or operational strategy. Its mission is to optimize tactics and the means available in a campaign and in the theater of operations. As such, it defines and conceptualizes the battles, marches, etc., both the military operations and its correct succession, according to those decisive aims. It provides the tactics and the decision, a transcendence far beyond of the pursuit and the tactical exploitation of success. That is to say, operational strategy employs tactics as an essential instrument, combining them to achieve the ultimate objectives to which they are orientated and dedicated to achieving, forming then part of its strategic nature.

Thus, the operational strategy defines its own aims in the theater or in the campaign of action, which are the incapacity and disorganization of the enemy by exploiting his strategic and operational vulnerabilities. The first is orientated to reducing the enemy’s combat capacity, seeking to functionally or positionaly disable it, while protecting own’s combat capacity. The second is get by occupying or destroying the enemy’s critical vulnerabilities in the operations zone.

OIL REFINERY: SYMBOL OF THE ECONOMIC STRENGTH OF A MODERN SOCIETY.

The critics vulnerabilities of the enemy are those whose occupation or destruction produces his serious disorganization and/or the loss of his will of defense. They are those elements, characteristics, possessions that give sense to the fight that he maintains. Its loss instills inevitably in the enemy a sensation of hopelessness and a sense of uselessness in continuing the fight at those moments, except for accumulating more losses.

The critics vulnerabilities are different in each one of the levels of military action, although the effects produced in the superior levels are transmitted to the inferior ones.

A strategic critical vulnerability, handled capably by the Spaniards in century XVI during the conquest of America, was the capture of the great chief or emperor of the indigenous confederations of the great invaded countries (Moctezuma in Mexico, Atahualpa in Peru). But, once turned hostage, the symbolic representation of a leader of this type plummeted, because the social vitality of the community which he directed, demands his renovation, as if he had died.

In II World War, the occupation of the capital and the fall of the government were strategic critics vulnerabilities, to which was acceded through an operational strategy of mobile warfare: spring campaign of 1,940 in the Western Front. The same tried Hitler in 1941 in relation with Moscow in the East front. Probably in that total war, almost of extermination, its fall had not the political importance that was attributed to it. But Moscow constituted a great hub, a railway communications center vital for all the U.R.S.S. at the west of the Urales and, in this sense, it had been a critical operational vulnerability.

To achieve these strategic intermediate aims, the operational level has some specific operational means that are the intelligence, the imbalance and the incapacity of the enemy, the time or speed of the operations and combats, the logistic organization and his physical support or line of supplies and the correct sense of the own command.

It uses these means to drive and to use ideally (and without squandering) the tactical-operational means at his disposition. 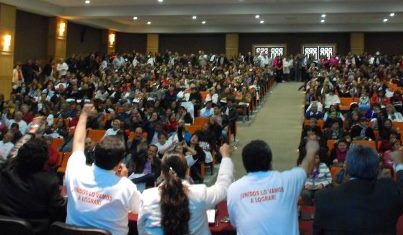 THE NATIONAL MORAL FLOURISHES IN ALL THE PLACES OF SOCIAL COEXISTENCE.

The ground transitability (in the whole geographical dimension of the nature of the areas, climate, station and hour of the day),

the combat capacity (military means made concrete in men, equipment, supports and combat vehicles) and the capacity of operational movement (transport of great and small tonnage, the supplies of all kinds and combustibles and the warehouses and accessible parks in the zone) owns available,

the freedom of action and the «favorable interfaces of action» with the enemy (that exist and that they can also be created always, by means of the extension or decrease of the «field of action» on that, as a tactical operational zoom, or by means of his change to another front sector or in the depth of the enemy zone). With these last 2 «systems» we can act always according to our criterion and interest and not simply react to the actions of the enemy.

This way, the mentioned «operational systems» realize the employment and the functioning of all the levels of the national defense. And they go from the conception and the great creation of aims, interests and available resources, received from the command and the nation, up to its practical final accomplishment. Involving in this also the necessary and the inevitable and imposed by the enemy, tactical employments of the military means, as stages for the ideal achievement of those commended aims.