The small units attacking with limited aim (a deep incursion, the capture of a critical position, the rescue of a personality, an ambush) constitute a military closed «system«. This condition imposes a some specific characteristics in his «interfaces of action» with the enemy. That not always are identical to those in the fighting of units and great units, especially in the limitation of the available means and of the time of action.

The units so committed must impose rapidly and keep a combative superiority on the enemy. To be able to obtain the local and temporary supremacy, which allows them to obtain the above mentioned limited aims. 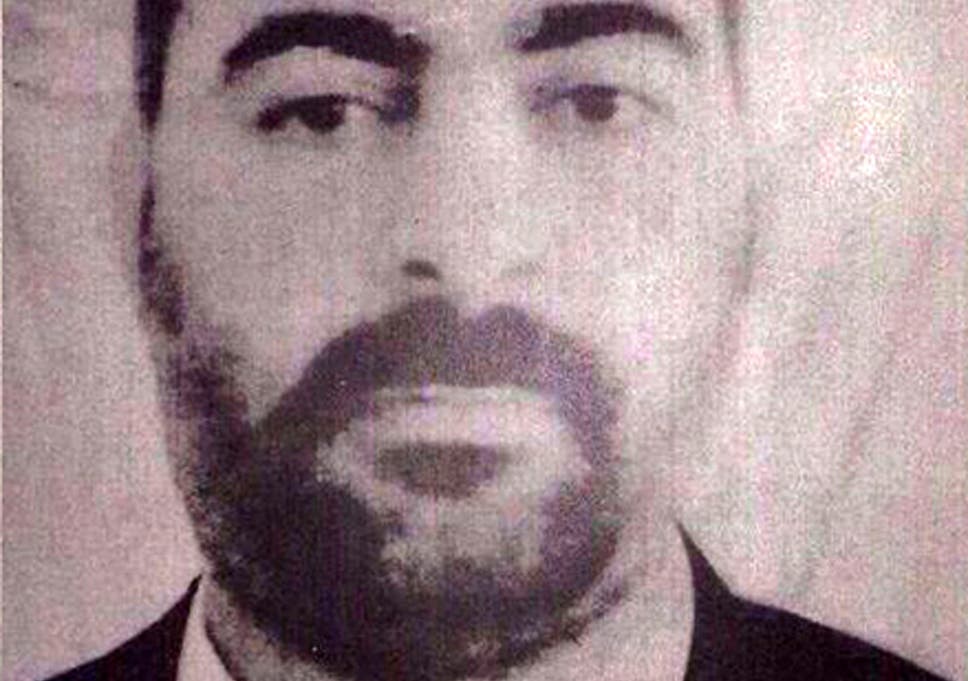 IN THE EARLY DAYS OF HIS JIHADIST ACTIVITY, AFTER THE U.S. INVASION OF IRAQ.

«The Hunt for Abu Bakr al-Baghdadi» is publicly treated by enough profusion and diffusion, as for his advertising, political, legal, human and technical characteristics. Now we will analyze the tactical and operational particularities that characterized it.

How was the presence of Abu Baker and his relatives detected at that location? Evidently, once the Sunni caliphate’s bases of support and refuge in Iraq and Syria, were destroyed and liberated, the U.S. and the other countries present in the war zone were interested in al-Baghdadi and sought his capture. A repentant member of the Islamic State, who knew the Abu Baker’s messenger network, reportedly joined the Syrian Democratic Forces, a coalition opposing al-Assad, controlled by the Kurds of the Y.P.G. and supported by the U.S. This «repentant» became a double agent of that coalition. And because of his background, he gained access to al-Baghdadi’s inner circle and stole an intimate garment from him (apparently, a underwear).

Which served to identify him with almost 100% surely. Other US intelligence means confirmed or did not deny the DNA identification. This confirmed the investigation and established the target.

Since May, 2019, al-Baghdadi has been in Barisha. And, he was about to move to another hiding location, since every 6 months he used to move to a different shelter. He was already a fugitive, a wandering insurrect, with no stable bases of refuge, from which indoctrinate and expand his territory. And unable to make a coherent defense of his hiding places. Its only available defensive technique was concealment, seeking to be effective and impervious to enemy human and electronic detection.

The Development of the Hunting Operation for Abu Bakr al-Bagdadi.

The military unit chosen to carry out the «Operation Kayla Mueller» was the US Navy Seal. This is the unit of the Navy in charge of the punctual special actions by (sea), air (a), and land (l). The Seals were created at the end of the decade of the 50 of the 20th century. On having appreciated the need to possess polyvalent military men, extremely prepared and capable of acting in any area in demanding conditions.

At the beginning of the 60 and for desire of president Kennedy, they began to act in Vietnam. The general formation of a Seal extends during years of hard work. The Seal receives between 42 thousand and more than 65 thousand dollars a year. His meticulous, precise, hard and dangerous work is not compensated economically. To satisfy his love to the military, his vocation of service (this one is taught to him), his love to the mother land and his commitment with his colleagues and the unit are his principal pay. The «unit 6» of the Seals, a group of elite with a score of men, took part in this mission, taking charge of the principal aims. It is said that the admiral in chief directed the operation, but there is no official confirmation. The nature of the Seals, the structure of the airborne subunits participants and of the transport and supports, were elements that contributing to the simplicity of the mission, as they were adapted perfectly to it.

IN MOSUL, AT THE END OF JUNE 2014, HE PROCLAIMED HIMSELF CALIPH OF ALL MUSLIMS.

The training and the trial of the mission were not neglected, in spite of the enormous general experience of the men. Before the activation of the unit in the al-Asad Base, in Iraq, this was trained in a «model«, which was reproducing faithfully the facilities, the extension and the characteristics of al-Baghdadi‘s urban complex and its bordering areas. This was in the outskirts of Barisha, a little town in the north of the Syrian province of Idlib, al 4 miles from the Turquey’s border. The «essay model» was raised probably in one of the training bases of the Seals. And this extended for approximately 6 weeks, with intervals. During this phase the factor security of the mission was kept, because the trials and practices that the Seals realize are varied and changeable.

The attacking unit, with a hundred of men, deployed in her principal departure operational base at least 10 days before, to not increase her stress and to facilitate the final adjustment. The security factor was kept unscathed during the great preparation phase of of the mission.

In the early morning of Sunday, 27 October 2019, the flight chief of the “transport force” took command of the operation and ordered the helicopters to take off from their al-Assad forward base. The transport force came from one of the US Army airborne divisions 82 or 101. The flight to the target was made following up to 3 or 4 different directions, so to not attract the attention of observers or onlookers on the ground. The trajectories were oriented to the west-northwest, avoiding the nearby axis of populations bunched in the great basin of the Euphrates. This protected the mission’s security and surprise factors during the approach phase.

The operations force used between 6 and 8 helicopters. Between 4 and 6 were Chinook CH-47, twin-engined, heavy-duty load, that carried the Seals, the equipment and the canine unit in support. And the others were his escort: 2 Apache AH-64 for attack and protection. Those aircraft were enough to transport back all the men and dogs, with their intelligence information booty, prisoners and Abu Bakr’s body.

When the air expedition arrived in the vicinity of the jihadist complex, a group of armed men left the complex. And they set out to get their planned positions around the buildings. There were no more than twenty. The helicopters in flight opened fire on them. And the area of their deployment was saturated with bullets and shells from the heavy weapons on board.

Already at the target, the commanding colonel of the attacking force took command of the operation. Before the assault, the helicopter loudspeakers called on al-Baghdadi to surrender. But, he ran to hide. Instead, two adults and 11 children came out.

The helicopter crews, equipped with heavy firepower means, sealed the outer housing complex. Assaulting Seals moved on that one from two sides. A fraction of them formed an outer defensive ring, to isolate the complex from the area. The entrance to the interior of the main house was through an opening on a side wall. For fear of booby traps in doors and windows. Most of the men were responsible for neutralizing the few remaining jihadi escorts and capturing civilians (women and children) from the houses. All the Seals were in touch between themselves by a sophisticated intranet.

A task force, the “hunting group”, led by the colonel, went for Abu Bakr. The canine unit of detection, neutralization and attack was integrated in it. The identification team was also part of this mini group of combined arms. Another group, the “inteligence collect group” was in charge of collecting all the sensitive information existing in the various facilities or shacks. Both “mission groups” were divided into subgroups, to quickly complete their missions around the complex. All the men within the perimeter were also involved in the above-mentioned detections.

Struck by heavy fire, the whole family was stunned and shocked. Al-Baghdadi escaped with two or three of his sons following a maze of tunnels dug under the house. That would allow him, after a journey of a few hundred ms., to reach the surface by a disguised and protected exit far away.

At a moment of the advance of the “hunting group” in the labyrinth, the colonel gave orders to bring forward the SEAL canine unit. His idea was to preserve the lives of his elite men in so intricate situation. One of the members of the unit, a Belgian Malinois shepherd bitch with an encrypted identity, belonging to a classified unit, overtook the other canine teams or groups and approached Abu Bakr. His name would be K-9, which corresponds to the nomenclature used on other occasions in special operations. However, the profusion of dubious news, filtered drop by drop, gives it the name of Conan, published in Newsweek magazine.

When Abu Bakr was trapped, already with broken nerves and defeated, his explosive vest exploded. Killing him and his children and injuring the bitch. The identification team went ahead, searched the scattered remains of the body for DNA and 100% confirmed al-Baghdadi’s identity.

The operation ended in about 60 minutes, but the men were about two more hours in the area. Then, they occupied their helicopters and these left back. The body of the head of the IS was deposited in the sea, within 24 hs. following the Islamic rite.

Next, United States’ ground attack aircraft launched six HE missiles, probably of the Maverick type, into the vacated area of operations, converting it into a «destruction zone». The last shelter of Abu Bakr was turned into a light grey area, laminated to ashes and crushed rubble.