Simultaneity seeks to directly and immediately shock the most enemy echelons allowed by one’s own combat capacity. But, it does not discriminate among objectives according to their importance, which violates the previous and universal principle of the economy of means (one of the most accepted by authors) and it does not create a center of gravity for one’s own efforts. Its action is purely and clearly focused on enemy attrition, demanding a proportionally high consumption of ammunition and missiles of different types, since the action does not look only to neutralize the enemy, but to destroy him. This action commits the equipment and maintenance logistics, demanding a greater number of substitutions of tubes, of ammunition, etc.

In any given moment, simultaneity gives equal preference to objectives such as tactical reserves in depth and obstacles to the advance in the forward edge of the enemy defense position (observatories, infantry combat positions, heavy infantry weapons firing positions, anti-tank positions in the infantry zone). Simultaneity also gives equal preference to objectives that are explored in depth, to objectives that flank one’s advance in the rupture (including an antitank bolt, which has enfilade and firepower cover). 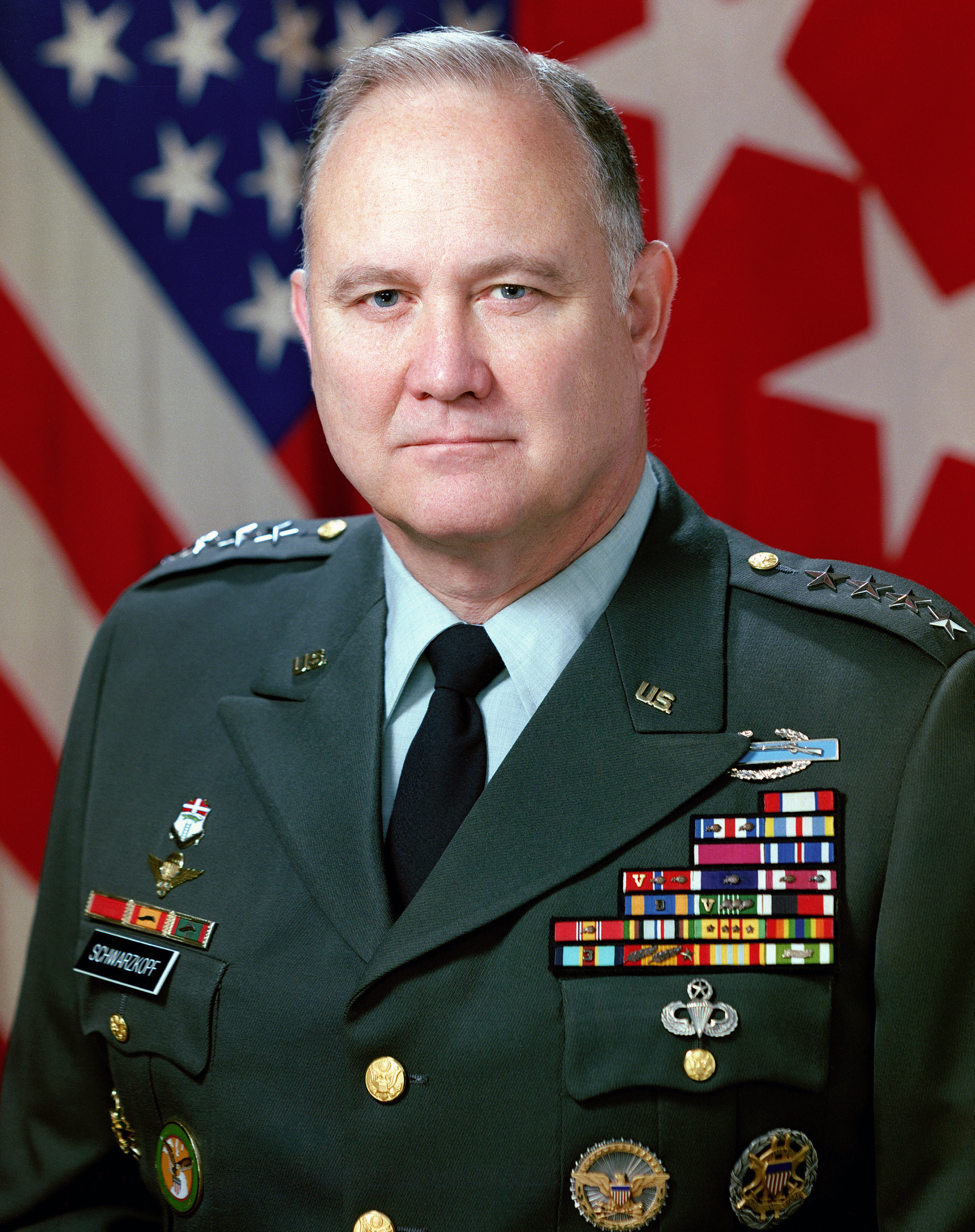 THE ARMY GENERAL NORMAN SCHWARZKOPF WON THE GULF WAR ATTACKING SIMULTANEOUSLY ALL THE LEFT FLANK OF THE IRAQ’S DEPLOYMENT.

This simultaneity demands a combat capacity greater than that of the enemy. Since the principal task of our forces of containment and of maneuver is to strike at the same operational «time» all the depth of the attacking deployment. Seeking to shock it, to undo its coherence and to disintegrate it. And the theoreticians ones call «own synergy» to the simultaneously and linearly created effort over the enemies whole front and flank and/or rearguard. This “own synergy” is adding and rather meagre. And it would enrich with the operational indirect, not frontal, fighting, with the surprising action, with the application of the effort on enemy weaknesses. This way, it would be an exponential synergy.

Simultaneity is really a tactical principle. It collaborates in making a breakthrough in a battle, extending contact with the enemy or in taking advantage of different weapons ranges in a defense in depth, in order to beat the tactical echeloned forces of an attacker, for breaking the continuity of his effort by tactical isolating his different echelons. Its transcendence at the operational level is through planning of the battle and is achieved when a positive decision in battle is obtained.

On the other hand, complementariness, when focused on fire (heavy infantry arms, tanks, artillery and aviation), does not respect the combined-arms systems. That place the enemy deployment in a centripetal effort (derivative of different and complementary actions). That tend to place him in a “tactical defenseless dilemma”. We have already indicated that the destruction of an objective is always very onerous (goes against the saving of costs looked for in budgets). The difficult thing is to obtain this effect. If we use maneuvers of combined-arms groups, it will be sufficient the neutralization or temporary loss of the actuation capacity of the objective against us.

On the other hand, given the distance of most enemy objectives from one’s combat capacity, some are immediately attainable only by indirect heavy fire or aviation. This tends to trade one’s mobility and shock elements (including tanks and mechanized infantry) for heavy firepower units, in the mix of one’s available combat capacity. It is hoped that these produce the simultaneous destruction. In favor of this interchange of funds for the defense, is the psychological and politically preferred fact that the precise or the saturation heavy fire theoretically diminishes the “interfaces of action” with the enemy at close distance. The existence of a more than proportional heavy fire tends to favor its use as an attrition element on the enemy in the doctrines and regulations.

The two last reasons fix heavy fire as a key weapon in operations, enhancing mobility as its capacity to locate itself very quickly in successive and/or effective fire positions forces. That it is in fact a tactical mobility, measured at the rate of Kms/day in advance. This harms operational mobility and the main instrument for the decision in that level will be that of “successive combats”, which not always will be wished and transcendent. That is to say, the simultaneity and complementariness unbalancedly support the employment of attrition or pure destruction. And undesirably favor the interchangeability of mobility (operational mobility of troops) and shock for indirect heavy fire and/or aviation bombing.

The Center of Gravity:

In addition, the principles of means economy and of the systematic use of surprise (as a multiplier of combat capacity, even in defense, with reverse slope positions echeloned in depth, opportune counterattacks, fire bags) are directly related to the principles of the concentration of means and mobility in all operations (combats and movements, activity in the defense). Employing by the command the use of the “center of gravity” of the joint effort, as a factor of planning, actuation and direction of combined-arms systems.

That is to say, the center of gravity is the main integrator of the principles of war, in its conduction and execution and is a natural feature of it. As Marshal Von Hindenburg said: “A battle without Schwerpunkt (center of gravity) is like a man without character”. 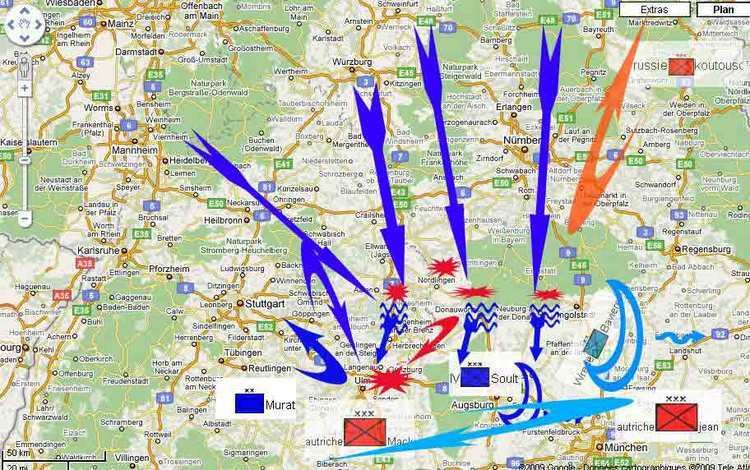 NAPOLEON WON THE BATTLE OF ULM USING A FULL CONVERGING ADVANCE ON ULM, BY HIS «GRANDE ARMEE» INDEPENDENT CORPS.

As far as concentration goes, the so called “principal effort” expresses an effect of penetration in a given direction and sense, to be able to arrive at the rupture and exploit it. The combined-arms and aerial efforts of the units are concentrated on this. The main effort is exemplified by the «hammering strategy» of general Foch on the European Western Front, beginning in the summer of 1918. This strategy was used to overcome the Germans, purely by eroding their combat capacity in the theater of operations. And only shifting the direction of attack, when German resistance was excessive in a sector. 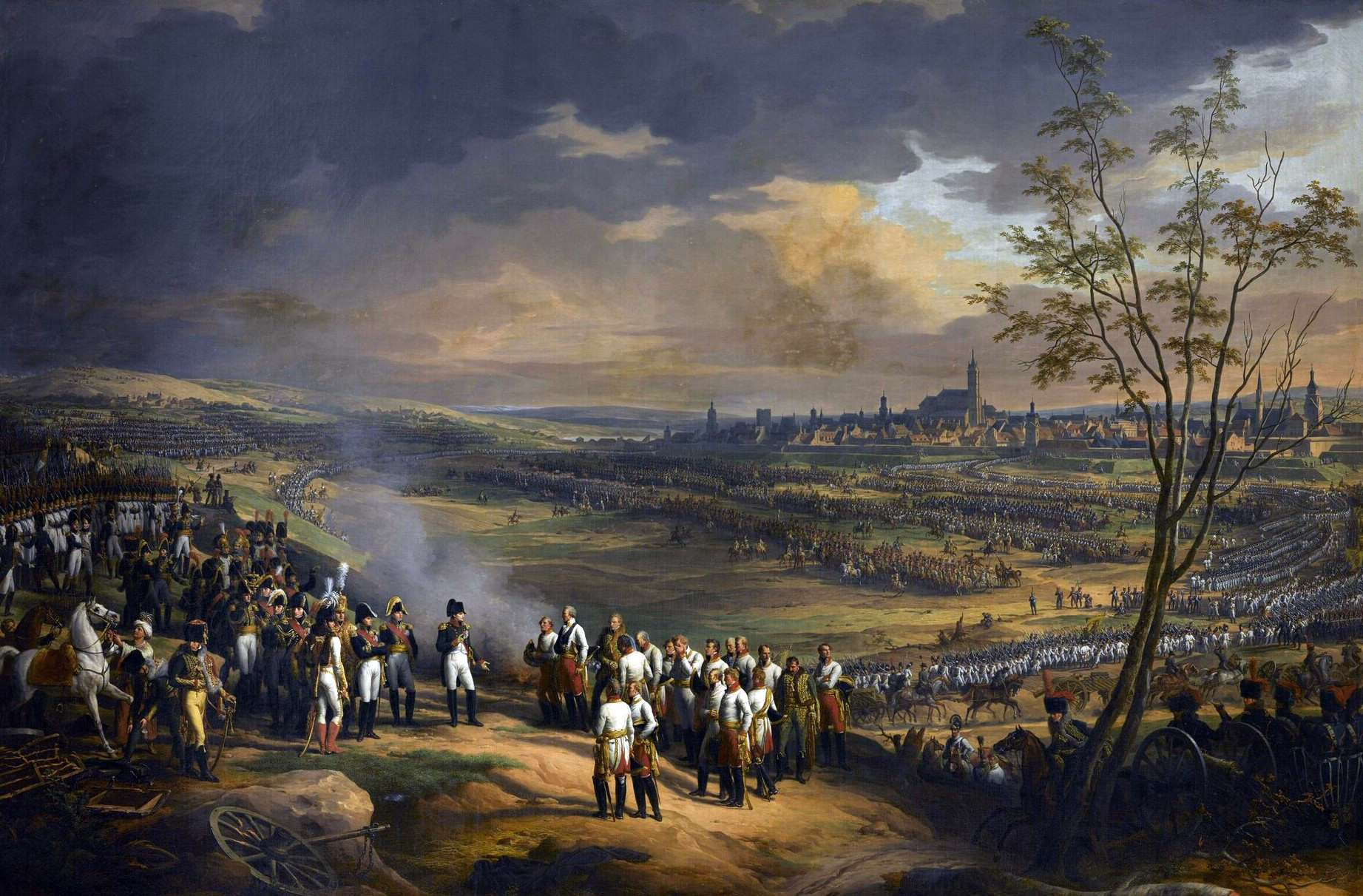 WITHOUT ESCAPE, THE AUSTRIANS GIVE IN TO NAPOLEON OUTSIDE ULM.

The center of gravity has a more spatial and temporary sense, looking for an “operational convergence” of the “related efforts” towards an objective. Those are not necessarily contiguous, simultaneous or sequential. But are synergic and resulting in the effects and outcomes. Which based on consideration of the optimal form (energy economic) of action of each weapon and service.

The center of gravity is more global or holistic; the main effort is more adding and cumulative. The effects of the main effort are more direct, predictable and evident. Those of the center of gravity are more subtle and unexpected, at least in the first phases of a military action. The ramified lines, in a final centripetal action, are peculiar to the center of gravity. The accumulation of forces in a sector, reiterating (inserted or successive units) or strengthening (adding tanks or engineers, narrowing the strip or sector or providing greater fire support) the effort is peculiar to the concept of main effort.

The center of gravity supposes a centripetal action of all the lines of performance, of the ramified activity of all the units and the services, not necessarily coincident, but convergent on the enemy objetive. The center of gravity directs, canalizes, gathers and orients the creation and the direction of the strike of different units and supports in each case. Its shift by the command allows the continuous adaptation to circumstances and the maintenance of focus on intermediate goals.

At the National Strategy Center of a Society, the center of gravity guide and drive all the different diplomatic, economic, military and social available or created means of a society in synergy and continued actions over the enemy and its allies, to get and produce our National Strategy Objectives (NSO). This is what discovered and found recently the theory of Asymmetric Warfare.