One of the principal tasks of the military men of the International Forces in Support of the Security, deployed in the Southwest of Asia, in the countries menaced by the islamist terrorism, is the motorized patrolling by the dusty ways that interlace the zone of influence of their barracks. These areas almost lacks Tarmac roads. When there exist they are not a great thing. The caps of asphalt have between one and two fingers of thickness; and the heats soften them and pot-holes and bubbles are easily formed. Usually, this is not an aggressive patrol. It is an exhibition, routine and of visual and logistic link patrolling, between their principal and secondary positions and with the nearby population centers.

When the military men think that there can be problems, they receive the support of the air observation. They are reconnaissance not manned planes (the UAV, in his initials in English), whose use spreads in these asymmetric conflicts. They can detect (in ideal conditions) at 5 thousand meters if a person is armed. The Americans use the Predator model (which is armed also) and the the Searcher (without attack capacity), being able both to operate up to 350 km from his base. 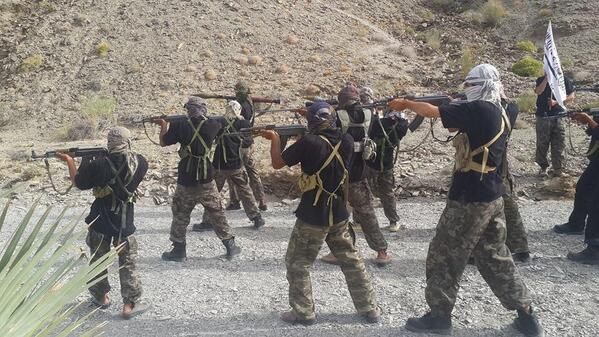 In some cases the rebels and bandits have dared to attack some of the military marching columns. Fighting from fixed and spread, hasty fortified positions, forming a fringe like a half moon or crescent, which was embracing the march way. Their problem was that the rebel weapon were of tense fire and so their fighting positions were in the forward slope. So, the armed light armoured vehicles with foreign infantry, could combat profitably with the guerrillas in their reinforced fox holes, small trenches and folds of the ground. In effect, their targets acquisition and machine-guns fire control systems, were allowing them the selection and the precision of their fires against the punctual targets of the irregular rebels. And were forcing them to move back and to hiding in the near hamlets.

There are more others cases in which the rebels use the explosive handcrafted artifices (in English, «improvised explosive devices») in the ways crossed by the military men in patrol. They usually place them setting off from the villages, as their improvised forward base, and taking advantage of the concealment and the protection of the nights. There is a high afraid to these artifices, already famous from the postwar period of Iraq. Because they are unexpected, unpredictable and hard to detect. Also, are enervating (the mental perspective of a possible, though improbable explosion, burdens much more than the real probability of the hurts in the attack) and they put the men in the passive defense and in the wait, knowing that active measurements to avoid them are not taken. 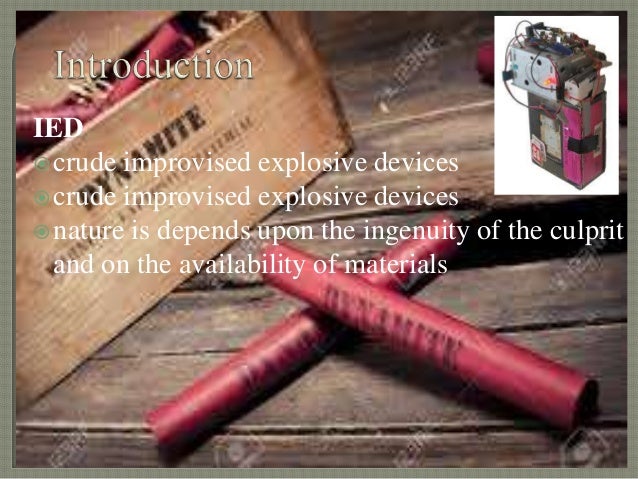 The explosive hollow charges that form the majority of these artifices, attack the “low guts” of the military foreign vehicles, their most vulnerable and less protected part. Down there, they cannot carry the reactive charges of repulsion or a multiple layers “shield” with ceramics, like the hulls of the main battle tanks. It is calculated that the Afghan Taliban and the members of the ISIL rebels can place and activate during a year, more 10 thousands of these handcrafted mines. Some correspondents call the artifices, the most effective weapon of the insurgency. Though they are, in their operational set, like an immense minefield; but that are not simultaneously placed and super widespread, improbable and without being covered by the enemy fire.

The Technologies and Tactics to eliminate the Danger of the Ambushes and Explosive Traps in the Tracks.

There are several, the passive or reactives and the actives, assuming that the initiative and the aggressiveness, against worse prepared and trained rebels, is with the military men. They all are «defensive». Since the Department of the War passed to be named long ago of the Defense, everything is “defense”.

Between the passive ones can be to increase the visual recognition of the tracks, observing protuberances and changes of color that should not correspond, in the soils of those. The «travel times» of the columns would diminish a lot. It is necessary to cross those more slow, looking at the soil and looking over the horizon, searching also for careless observers, not very distant. They do not use too much cable activators. These are expensive and weigh, and the rebels are in isolated zones and their logistics is weak and complicated.

The devices are activated generally by the pressure of the vehicle or by a transmitter of a given frequency and range; it can serve an opening doors device. With their frequency inhibitors, the military men try to offset the radio waves of the probable frequencies in the zone. Being the most expensive and complicated transmitters, that with more range, power and frequencies range of use. It is the game of the cat and the mouse. The problem arises when the guerrillas of an area receive a transmitter activator that uses an unforeseen frequency.

Also the columns might be harassed by registered mortar fire during the stops that they were doing to confirm or to eliminate some possible artifice, as some of them might be simulated. Another way would be to move out of the tracks, cross-country running. For the wheel vehicles, this not always is possible. And, in addition, their wear of the pieces and the consumption of fuel increase very much, as also the march schedules. At the same time, it diminishes the comfort and increases the weariness of the travelers in missions of long range and routine patrolling.

That it is not said that it is impossible or very difficult to do. Since this was what the general Valeriano Weyler did, to frighten the Cuban mambises of the surroundings of the ways and tropical paths. On February 10, 1896, the general was taking charge of the government of Cuba and of the headquarters of the Spanish army deployed in her. The president of the Cabinet, Antonio Cánovas del Castillo, restorer of the Bourbon monarchy, was supporting the politics of keeping the colonial domination in Cuba, up to «sacrificing the last man and the last peseta». And named Weyler for the mentioned positions, in substitution of the general Arsenio Martínez Campos, the peacemaker of the war from 1968 to 1978. Which this time failed in bringing positions over with the armed rebels.

The Cuban guerrillas, in this new war, were taking advantage of the concealment of the “manigua” (tropical jungle) and his nearness to the ways, to harass with rifle fire the Spanish columns and to cause them some falls, without getting involved in a fight. Weyler prompt designed the tactic of rejection the enemy. A reconnaissance with combat capacity was going suitably forward to the Spanish columns in march. It was moving by the jungles (autochthonous bushes) that were surrounding the routes of march, without moving away too much from the paths. The “mambises” or Cuban armed rebels, forming variable and scanty harassment forces, were this way raised from their ambushing positions and drove away from the principal Spanish forces.

Particularities of the mountainous zones and their inhabitants.

The mountainous areas of the geopolitical region of the Southwest of Asia are specially dangerous for the foreign military units of any size in maneuver. The spurs of the heights are frequently crossed by wadis or seasonally dry riverbeds of brooks and springs. In them it can conceal a group of men. That will not become visible until his opportunity of harassment by the fire arises, from rapidly reinforced and camouflaged positions, of the military units. Or have an encounter skirmish with some military group that comes out to the hollow without precautions.

Also it is easy to approach some rocky outcrop, adorned or not by a small thorny bushes, without detecting any enemies patiently crouched down behind it. That will attack the carelessness soldiers, using their knives or cutlasses. Even, when the men return to the principal way, after establishing and keeping a defense position to secure the march of the principal column, giving them the back.

The tribes who live there have as characteristics in their identity and customs, the belligerence and the intertribal brawls. The most important and widespread are the etnia pashtun and the baluchis.

The surprise, which is an effective multiplier of the «specific combat capacity» of a given unit, is constantly and systematicly employ by the irregular fighters. This way, it happens that, «in this wide, ocher and arid valley, they have never attacked us», because the mountains that frame it are at 300 or 400 m. in the horizon. Well, today they are going to attack you with short bursts (2 to 6 shots) of machine gun with bipod, when you advance gullible and spread in that dull and known valley. Without bothering for establishing the march security with pickets, which protect the principal column. And offering multiple small targets to the tenacious, thoughened and poisonous enemy.

Military Tactics in the counterinsurgency fighting.

Finally, some specific tactics and techniques exist for the fight against irregular rebels, that can be used here. It looks to keep the initiative, the creativity and the law of the action in our side. It is a question of the independent employment of light infantry small units (at first, type plattoon or section) in reconnaissance and attacks tasks of the enemy bands.

For the defense of the own communications, they can be used aggressively against the bands that scourge or that hinder them (the artifices are like more spread and selective mines). For example, they can advance and conceal in a sector where the terrorists or local bandits bands are active. In the night, when those are usually placing in the tracks their explosive artifices, they will attack thoughtlessness them (with the maxim surprise and for the major effect). This demands of all the men of the patrols and units: formation, motivation, commitment with the mission, specific training, initiative, creativity, self-sufficiency, sobriety, patience, serenity, alert of the senses, silence and quietude.

An advantage that will multiply the combat capacity of the military patrols, resides in that these bands usually neglect their security in what they think that it is their rear. As soon as a combat has taken place with the rebels, the patrol must be extracted or return to his barracks. To rest, report or brief, return to train, to be equipped and to move to another sector, when it be appropriated, in another mission.

Any ambush that turns out to be effective involves a failure, a deficiency, a carelessness in the security of the attacked. The routine of the actions; the softness of the men; the sufficiency and conceitedness of the direct and top commands; the scanty formation of the soldiers; the insufficient motivation of all the military men and his lack of commitment with the tasks or missions. They constitute serious departure faults to the creation and the maintenance of an effective march security. In the reconnaissance and of combat patrols and in the movements of the units and small units.

And, though the security does not appear frequently in the «lists» of the principles of the war, specially in the most short, the security has come to remain. And the failure to keep this principle will concern in major or minor degree and extension the efficiency of other «companions or partners principles». Since the whole of the principles forms a holistic, synergic, concurrent and convergent group, on the military actions. Defining all simultaneously the «what to do» in the war or in the armed conflict.