It is not a question of defining how to act, thing that already we try to do in other published articles or that they will be in a future. But that, perceiving in the operations development certain facts, guidelines or behaviors of the conflicting parts and of the objective conditions (of the ground, etc.), we will be able to diagnose a very probable forecast for the culmination of those operations.

This way, we will be able to trust in and to rest on these favorable forecasts. And to reinforce mental and physically our signs of the Tactical and Operational Military Success. To control better the fears, worries, assignments of the scanty forces, uncertainties, endless lacks, unexpected bad understanding, recoverable frustrations and the partial crises. Which will arise inevitably during the operations development.

The main Signs of the Tactical or Operational Military Success to look for:

The Signs of Tactical or Operational Success about Us:

The operational military plans will be simple, flexible and with capacities of alternative developments. They must be capable of adjusting to the unforeseen and the contingencies. And endlessly incorporating intelligence updates about the intentions and possibilities of the enemy and ground reconnaissance. This is specially important in maneuver operations.

There will exist an operational own initiative, that will allow us to develop our plans. Always using us the activity, even in the defense. And keeping endlessly the action freedom and given priority to its recovery, in case of its loss.

The own exploration and intelligence are fundamental, the more creative and risky is the operation to realizing. Reciprocally, the enemy exploration and his perceptions will be pushed back and/or be disturbed systematically. Will be included in this repulse and mixtify, the security of the units, false positions, advanced detachments and combat patrols, fogs and smokes, the combat for the wireless communications, etc.

The knowledge of the enemy and his actions will be always incomplete and imperfect. And will be extended with the evolution of the situation in relation to him. They will not be known temporarily, even positions, movements, combat readiness, deployments or fundamental units. But not those that affect us direct and tactically in our operation under way. On those we will place the gravity center of our exploration. That will be even “in force” against certain enemy hard objectives.

The own combat capacity for the propose operation will be sufficient and will be equipped, distributed and protected. Considering the friction and inevitable minor errors, derivatives of our own military activity in the hyperfunctional chaotic environment, and the necessary reserves. Our security will inexorably be kept during the operation and in the consolidation of occupied terrain. And specially defending, with combat detachments, the advance sectors of our “mobile groups” operating in the enemy operational rear.

Decisions on which tactical battle areas will be engaged, will consider: accessibility (whether they offer neutral or favorable transitability); vulnerability, whether one’s forces can apply sufficient combat capacity against an enemy, in an area that had not attracted much of his attention; transcendent, the action will produce the decision or will contribute decisively to her and the tactical result will have operational efficiency.

One example is the operational counterattack of the German Armies Group Don of Marshal Von Manstein. That was carried out between February and March of 1943 in the Donbass river basin and around the city of Kharkov. Let us remember the development of this counterattack, its tactical combats and their effect on the “sui generis” Tanks Army of General Lieutenant Popov (Group Popov), the Infantry Armies and both Tank Corps as the mobile reserve of the Southwest Front of General Vatutin and, apart and also, the 3rd Tanks Army of Lieutenant General Ribalko.

The logistics is an essential piece of the victory. When the armies are modern, mechanized and technical. And they are, this way, highly dependent on the fuels, the spares, the supplies of all kinds and on the rotation or reinstatement of units. It is supposed tactic and operationally that the means of all kinds are available and more or less nearby. To support the impulse, the fire and the operative efficiency of all the “units of action”, it is necessary to guarantee them a constant and sufficient flow of the mentioned means. Therefore, the commands must take the actions to defend the «physical support» of the logistic structure. Specially against assaults from the enemy depth or in sensitive and critical points or in the routes most far from our units. Constituted by all the “supplying routes”, from the units up to our operational rear. And that are still more important that the so called “retreat routes”. Though they could coincide in some sections. Among other things, because the modern forces must count with remaining isolated for a certain time. And keeping in this period their tasks, in agreement with the entrusted missions.

The Signs of our Tactical or Operational Military Success about the Enemy:

There will be a passiveness or operational delay in the enemy. Generally he will act with an intention that is not convergent with our own. And, at least, not harmful for our operation, especially in the first stages of the process. When she develops her impetus or push or movement quantity (combat capacity X average sustainable speed, in every stage). This sign of the tactical or operative success is a «pear in sweet», that not always will give itself so clearly, as in the following example.

It is worth to remember the development of the Blitzkrieg in the West and invasion of France by Germany in the spring of 1940. The main part of the French maneuver troops, their three more modern armies, and the British Expeditionary Force rushed toward Holland and Belgium to stop the German scythe-like advance. That was supposed directed at the interior of France and the rear of her Maginot line. The Allied High Commands, whose doctrine had not evolved, were thinking that in May 1940 Germany would repeat their “Schlieffen modified plan” of 1914 in their new invasion of France. 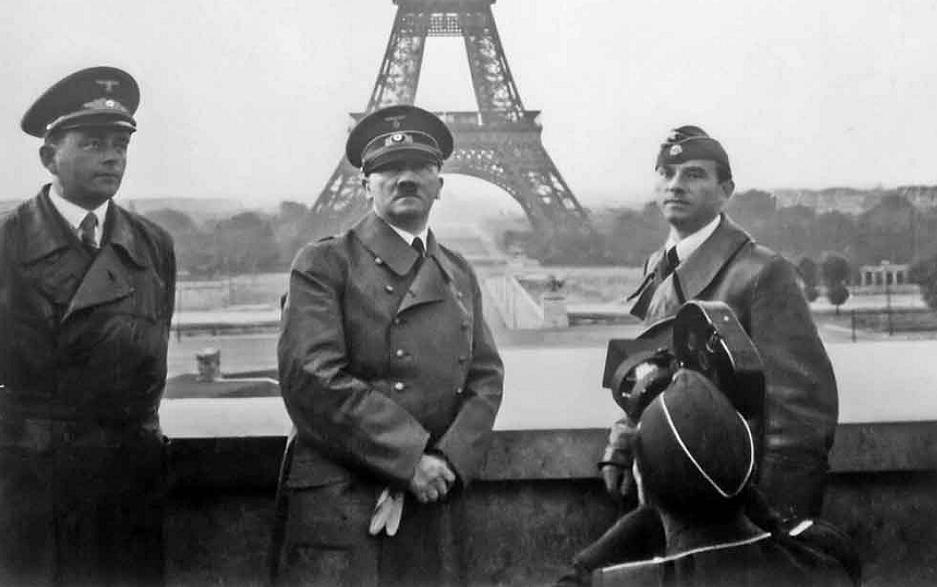 In agreement with the new plan of General Erich Von Manstein, really the “blow of scythe” was given by the Armies Group A of colonel general Von Rundstedt. Which was possessing as spear lance the Panzer Group of general Von Kleist. His five Panzer and five Motorized divisions, integrated in three Panzer Corps, were going to cross the Ardennes and to carry on a wide break in the French line around Sedan. Turning then rapidly towards the west and pressing finally on the flank and the rear of the Allied forces in Belgium. Which would find operationally isolated, with their line of communications, support of their logistics of supply, cut off.

The tactical enemy activity is inevitable. It will be permanent, harmful and even it will be unexpected and will partially affect us. But it will not be fundamental for our plans. Remember that we are looking for signs of our success, not those of the enemy. The best sign of maturity will be that it does not worry excessively to our tactical or operational commands. If this activity did not exist, it would be because the enemy was not there. To overcome and to get used to these tactical accessory crises and not be left to drag by them, harming our principal operation, is the touchstone of the serenity of the commands. Always we must bear in mind the possibility that the enemy appears tactically in «the moment and in the zone» more inconvenient and difficult for us. If it does it operatively it is that we have incurred a mistake of intelligence or of the valuation of the correlation of forces and of the enemy capacities or intentions.

Napoleon, without getting to exhaust the reserves, but without they were exceeding, attended to the different local tactical crises that appeared in Austerlitz’s battle. After the occupation of Pratzen’s heights by two infantry divisions of the Army Corp of marshal Soult. This sealed the destruction of the joint Russian Austrian army and his Austerlitz’s victory. 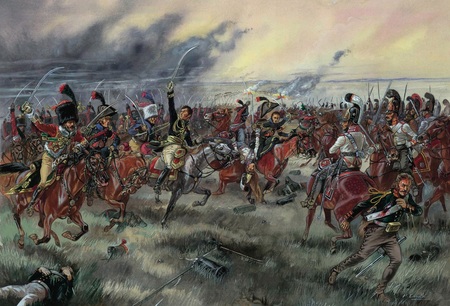 CREATED THE CONDITIONS FOR THE MILITARY DECISION: AUSTERLITZ.

Let’s see the process of development of the tactical containment of the Allied enemy. With the enemy forces concentration attacking the supposed tactical and operative (without protecting the line of retreat towards Vienna) Frenchmen deployment weakness. The grenadiers of Oudinot were sent from the Zurland hill to support the south flank, where the principal battle was getting away. Bernadotte advanced up to Blaswitz village, to cover the Soult’s north flank. The Murat’s cavalry reserve, in the Santon hill, the left flank (at north) of the French deployment, had to fight against Liechtenstein’s cavalry, to support the novices of Lannes’s Corp who were defending it. Kutusov managed to bring towards Pratzen part of the forces of his left wing (at south). And Soult, attacked by three sides, had to employ part of the general artillery reserve to contain the enemy with its wearing fire. Around 1 p. m. Constantine and the imperial Russian Guard counter-attacked the already tired Frenchmen in Pratzen. Their first line yielded. The cavalry of the French Imperial Guard, who had been advanced by Napoleon, supervised by marshal Béssiers and general Rapp, attacked the Russians and put them in escape. And Bernadotte, from Blauswitz, sent a division in support of the center of the punished French deployment.